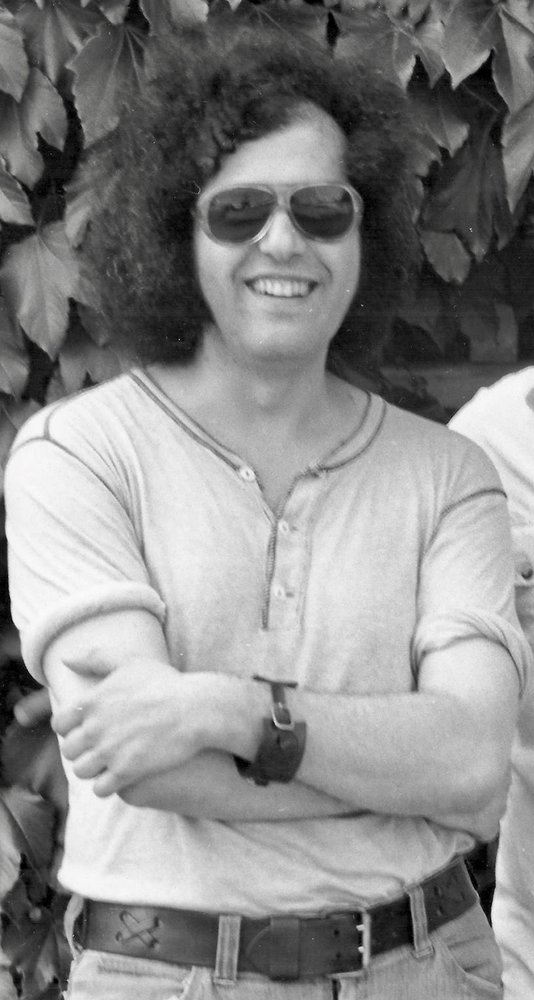 Arthur J. Goldstein (October 22, 1944-February 27, 2020) Arthur Goldstein was a treasure in our community, a brilliant musician, composer, scholar, and educator. Gentle, thoughtful, complex, fiercely moral, a pillar of integrity, a compass, a shining light, and so much more. He was born in Pittsburgh, Pennsylvania, October 22, 1944, to the late Irwin and Sarah Kasdan Belle Goldstein. His brother was the late Morton Samuel Goldstein, M.D. Arthur was a musical prodigy, a talented pianist and vocalist who began his musical career in high school rock 'n' roll/R&B bands. He described his formative years as "a kid who only heard Tchaikovsky and Beethoven, and only accidently turned on the radio...and heard B. B. King and Bobby Bland..." and it "was mind-blowing, but I identified with it immediately." Arthur held a Masters in English from the University of Pittsburgh and a Master of Fine Arts from Penn State University. He was an educator at Penn State who taught jazz and classical performance art and history, and offered personal piano instruction through the Music Academy. He was a demanding but exceptionally insightful and supportive teacher who many in the community credit for inspiring their own paths into musical directions. Arthur was most passionate about composing, performing, and recording. A multitude of local artists sought out his piano backing both on stage and in studio. Arthur delighted in performing solo classical piano recitals. He was a regular at local night spots and festivals, and over the decades stretching back to the late 1960s was an integral part of or led a variety of groups including jazz bands Silent Way and the Arthur Goldstein Trios and Quartets, and rock bands Marley and Round 2. Perhaps his greatest passion was an ensemble of high caliber local musicians who brought Arthur's original R&B inspired music to life on stage and in the recording studio. Named for his alter ego, Arthur released the album Archie Blue: New Day Comin' in 1981 (Red Dog Records). The production was a collaboration with American pop music icon Van Dyke Parks, best known for his influence on the Beatles and his arranging and songwriting partnership with Brian Wilson and the Beach Boys. Arthur continued to perform and was uncompromising about his music right up to the end. "This is who I am," he once said. "Dig it if you want...or don't." There will be a graveside ceremony at Centre County Memorial Park at 2:30 PM on Tuesday, March 3. A celebration of Arthur's life will be announced in early spring. Memorial contributions may be made to The Music Academy, 2790 West College Ave. Suite 7, State College, PA 16801, or to The School of Music General Scholarship Fund, The Pennsylvania State University, 233 Music Building, University Park, PA 16802. Arrangements are under the care of Koch Funeral Home, State College. Online condolences and signing of the guest book may be entered at www.kochfuneralhome.com or visit us on Facebook.
To send flowers to the family or plant a tree in memory of Arthur Goldstein, please visit Tribute Store
Tuesday
3
March

Share Your Memory of
Arthur
Upload Your Memory View All Memories
Be the first to upload a memory!
Share A Memory
Send Flowers