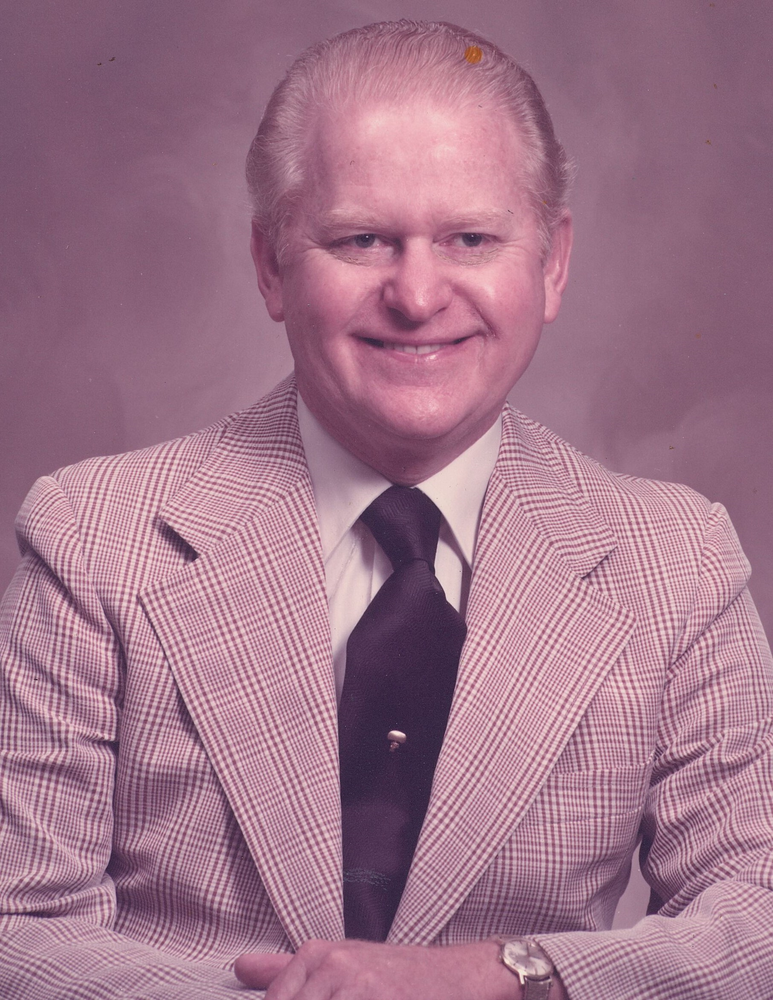 Leon Kneebone, longtime resident of State College, PA passed into the arms of his Heavenly Father on March 9, 2020, at the age of 99 1/2. He was beloved by his wife Elizabeth (Libby) who died in, 2014 after 68 years of marriage. He was the beloved father of Patricia Kneebone Shirley (Roy), Stephen B. Kneebone (Eiko) and Eileen Kneebone Lang, grandfather to Ashleigh Lang Saurborn (Jacob), Tucker Lang, Morgan Lang, Kimberly Shirley Hackett (Marcus), Douglas Shirley (Laura Wade) and Rebecca Shirley, and Great Grandfather to Elizabeth Saurborn, Noah, Luke and Eli Shirley, Tyrissa (Shawn), Sierrah Hackett, and Dakota, Great Great Grandfather to Shawn Jr. Born in Bangor, PA May 28, 1920, he was the oldest child of three of Dorothy Tucker Kneebone and Russell J. Kneebone. He was a star athlete in high school: baseball, football and basketball, president of his class, and elected Outstanding Senior. He worked many jobs in Bangor including a milk truck, bread route, factory, and single handedly dug a church foundation with pick and shovel for two years following graduation to save the money needed for tuition at Penn State. Leon worked for room and meals while he studied full time in Science Education. He was in Army ROTC, and went directly into the Army following completion of his Bachelor's Degree. Leon's military career was characterized by leadership and courage. He was qualified as a parachutist (had 29 jumps), jump master, glider pilot, marksmanship specialist, demolition specialist and advanced to rank of Captain while he served in the Asian Pacific Campaign during World War II. On a blind date, he met his beloved Libby, a Greensboro College student. They were engaged as Leon was preparing to ship out to New Guinea. December 7, 1944 he was severely wounded on Leyte, Philippine Islands, was air lifted out for multiple surgeries and recuperation. He was in rehab for four months, then transferred to North Carolina bases for his remaining time in the Army. He was awarded the Purple Heart and the Bronze Star. Leon and Libby were married May 5, 1945 while he was on convalescent leave. Following his Army discharge, Leon was admitted to Penn State to pursue his Master's Degree in Biology. Leon and Libby came to State College in 1945, and it became their permanent home. They became active residents of the town. St Paul's United Methodist Church was their church home for all of their married life. The United Way, Boy Scouts of America and St Paul's were beneficiaries of Leon's leadership skills. At St. Paul's, over time, Leon held every volunteer/lay position, from Sunday school teacher, Superintendent of Education, Trustee, lay speaker, and head of the Wesley Foundation for 45 consecutive years. He was a peacemaker, and was called on to advise in difficult staff relationships. He was most gratified and proud of being selected by the Bishop as the Delegate from PA to two World Methodist Conferences. Leon was asked to fill in for his advisor's sabbatical year in Plant Pathology. Following his being awarded his PhD in 1950, he was promoted to full time professor, and designated the Director of the Mushroom Project. He designed and sought research funding which opened the Mushroom Research Laboratory in 1959. His dedication to mushroom research, diseases and production, drew national and international attention, bringing into PSU many thousands of research dollars. He started the Mushroom Industry Short Course in 1956, which continues to this day. He was the founding President of the International Mushroom Congress, and was sought world-wide for his expertise in mushroom diseases and production. He retired from Penn State as Professor Emeritus, the only professor with joint appointment as Professor of Botany and Plant Pathology. On his retirement in 1978, he donated his exceptional collection of publications and research to Paterno Library, where a dedicated room is named the Leon R. and Elizabeth M. Kneebone Libraries Mushroom Reference Collection. Leon is appreciated by his colleagues as a brilliant scientist, a valued team leader, and a thoughtful steward of the earth and its Creator, whom he loved. He was mentor to many, beloved by his 3 children and 6 grandchildren, 5 great grandchildren, and one great great grandchild. He was a natural leader, a wise counselor, and a man of consummate integrity. He had a contagious laugh, and a mischievous sense of humor. He loved Penn State Football, had season tickets for 70 years, and enjoyed seeing Penn State Women coming into their own in competence and competitiveness. He was generous and kind. Receiving of family and friends will be from 6 until 8 p.m., on Friday evening, March 20, 2020 at Koch Funeral Home, 2401 S. Atherton St., State College. Persons wishing to honor his memory may contribute to the Library: 510 Paterno Library, State College, PA 16801, Penn State University, enclose a note specifying the gift is in memory of Dr. Leon Kneebone and the gift should go to the "Leon R. and Elizabeth M. Kneebone Libraries Mushroom Reference Collection Endowment", or to the United Way of Centre County, 126 W Pine Grove Rd, Pine Grove Mills, PA 16868. Arrangements are under the care of Koch Funeral Home, State College. Online condolences and signing of the guest book may be entered at www.kochfuneralhome.com
To send flowers to the family or plant a tree in memory of Leon Kneebone, please visit Tribute Store
Friday
20
March

Share Your Memory of
Leon
Upload Your Memory View All Memories
Be the first to upload a memory!
Share A Memory
Send Flowers