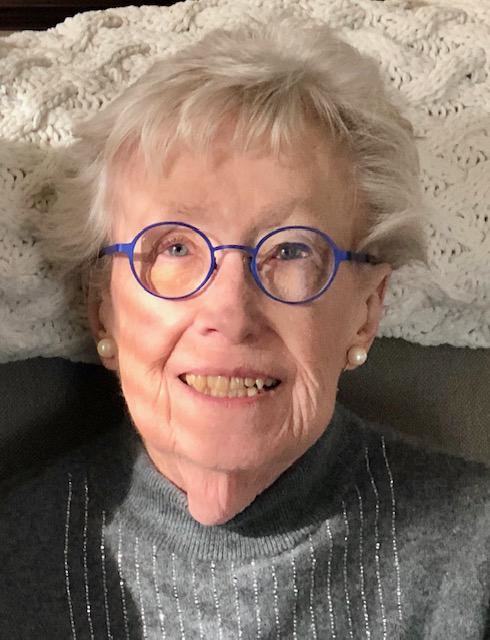 Annie Campbell Harvey of State College died March 13, 2020 at the Villages in State College, PA. Born May 2, 1934 in Confluence, PA, she was the daughter of Hester Meyers Campbell and Harry Campbell. In 1974, she married George Harvey, who preceded her in death. She is survived by several cousins and by her many friends. Annie graduated from Confluence High School and the Pennsylvania State University where she earned a Bachelor's degree in Education. After teaching in Ithaca, NY for several years, she went back to Penn State to earn her Master's degree. She moved to Greenwich and then Stamford, Connecticut where she taught gifted elementary school children. After retiring from teaching in 1993, she and George moved to State College where they enjoyed many happy years. Annie was a loving wife, a loyal friend and will be remembered by the many people whose lives she influenced in the classroom. She and George enjoyed playing bridge, traveling, music, the theater and ballroom dancing. She loved a good book, her cat, a night cap and Penn State. She was a devoted attendee of the Quarterback Club. Annie was a member of St. Andrews Episcopal Church in State College. For many years she was an active member of the Daughters of the American Revolution. Her interest in history led her to join the Civil War Round table and to volunteer at the Boalsburg War Museum. A memorial service will be held in late spring. Memorial contributions may be made to St. Andrew's Episcopal Church, 208 W. Foster Avenue, State College. Arrangements are under the care of Koch Funeral Home, State College. Online condolences and signing of the guest book may be entered at www.kochfuneralhome.com
To send flowers to the family or plant a tree in memory of Annie Harvey, please visit Tribute Store
Services for Annie Harvey
There are no events scheduled. You can still show your support by sending flowers directly to the family, or planting a memorial tree in memory of Annie Harvey.
Visit the Tribute Store

Share Your Memory of
Annie
Upload Your Memory View All Memories
Be the first to upload a memory!
Share A Memory
Send Flowers