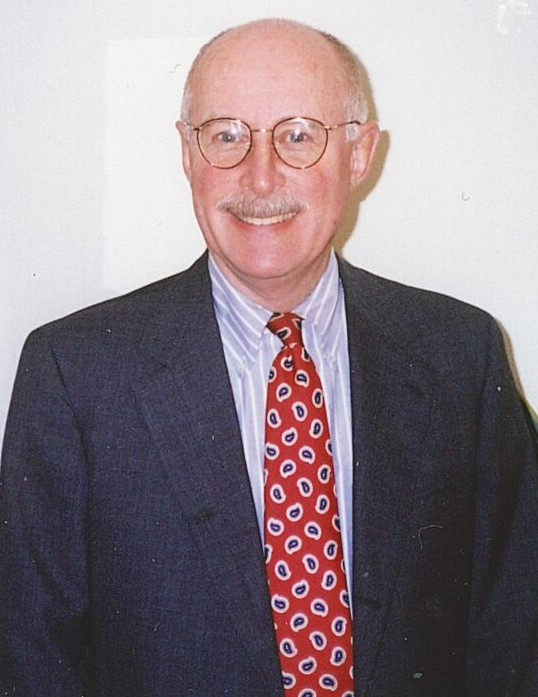 Merrill Peckham Budlong (13 May 1937 – 19 March 2020) of State College, Pennsylvania died at Foxdale Village, his home since 2011. He was proceeded in death by his beloved husband, Donald Lewis Smith, who died in 2018, and by his parents, Louise P. Johnson and Merrill P. Budlong of Cranston, Rhode Island. He is survived by his sister, Merilyn Budlong Trocino of Eugene, Oregon and his brother, Carl J. Budlong (James Stubbs) of Palm Springs, California, one niece, three nephews, one grand-nephew, and many of Don's cousins. Bud was born in Providence, Rhode Island and grew up in Cranston. He graduated from Cranston High School in 1955 and received a Bachelor of Science in Architecture degree in 1960 from Rhode Island School of Design. After college, Bud worked in Albany, New York for nine years and served in the NY Air National Guard. He moved to the West Indian nation of Saint Vincent and the Grenadines in 1969, where he had an architectural practice. In 1972, he moved to San Francisco where he lived for thirty-three years. He was a member of the American Institute of Architects and a former treasurer of the San Francisco chapter. Bud and Don met in February, 1976 and were together forty-two years, eight months and ten days. They married in San Francisco City Hall in February, 2004. That marriage was annulled by the California Supreme Court six months later. After many court decisions, they were able to marry again in San Francisco City Hall in July, 2008. During the 1970s, Bud and Don were active in the LGBT Civil Rights Movement. As the leader of a gay running group, Bud reorganized it into a running club called the FrontRunners, which today has more than one hundred chapters throughout the world. He was a former assistant director of the 1980 San Francisco Marathon and a former member of the 1978 San Francisco Gay Freedom Day Parade Committee. Bud and Don retired to State College in 2005, where they were frequent guest speakers at Penn State classes, speaking about their civil rights experiences. A memorial service for Merrill P. Budlong will be held at a later date at Foxdale Village. In lieu of flowers, please vote for candidates who support equal rights for all people. Note: To view a seven-and-one-half minute documentary of Bud and Don made by Penn State film student Emily Newman in 2015, Google: Bud and Don on vimeo Arrangements are under the care of Koch Funeral Home, State College. Online condolences and signing of the guest book may be entered at www.kochfuneralhome.com or visit us on Facebook.
To send flowers to the family or plant a tree in memory of Merrill Budlong, please visit Tribute Store

A Memorial Tree was planted for Merrill
We are deeply sorry for your loss ~ the staff at Koch Funeral Home
Join in honoring their life - plant a memorial tree
Services for Merrill Budlong
There are no events scheduled. You can still show your support by sending flowers directly to the family, or planting a memorial tree in memory of Merrill Budlong.
Visit the Tribute Store

Share Your Memory of
Merrill
Upload Your Memory View All Memories
Be the first to upload a memory!
Share A Memory
Send Flowers
Plant a Tree