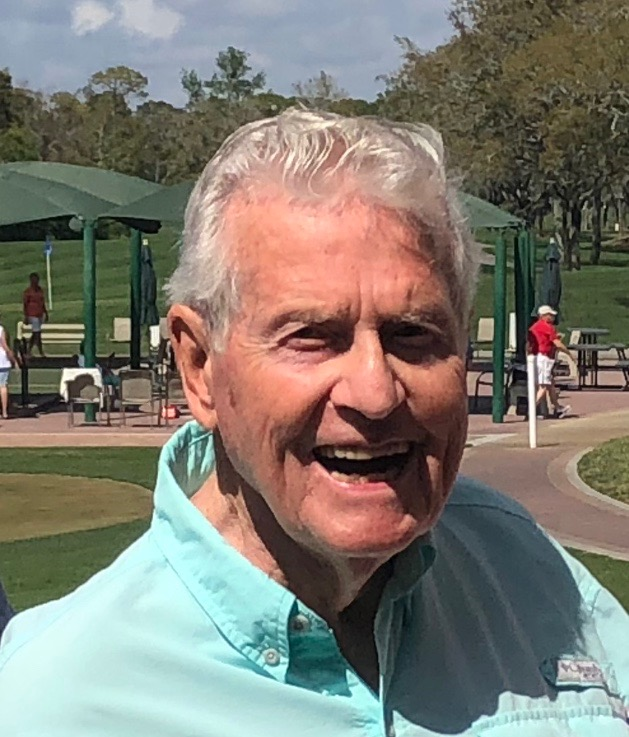 Joseph Francis Small, of State College, died Tuesday, March 24, 2020 in State College at age 92. Born March 18, 1928 in Chicago, IL, he was the son of Francis Joseph and Florence Helen Small. He was married to Helen Jane Small, who preceded him in death. He is survived by his four sons: Craig Small of Bethesda, MD; Kevin Small and wife Meg of Wilmington, NC; Chris Small and wife Dianne of State College; and Kerry Small and wife Meg of State College; nine grandchildren; and two great-grandchildren. He is also survived by his sister, Dorothy Sweeney of Spring Hill, FL. He was preceded in death by his brother Jim and sister Peg. Joe was a graduate of St. Ignatius College Prep in Chicago, where he lettered in football, track, and basketball. He earned degrees from the University of Mississippi and Penn State University. He was a graduate of the Naval Postgraduate School and retired from the U.S. Navy after 25 years of service as an aviator. He mobilized during the Cuban missile crisis and was subsequently stationed in Madrid, Spain; Guantanamo Bay, Cuba; and numerous other locations. After retiring from the Navy, he worked at Penn State and at HRB Singer in the area of human resources. Joe served on the board of the Mid Central Pennsylvania Chapter of the American Red Cross, and was a member of the Burning Tee Golf League, the Elks Club, and the Navy League of Central Pennsylvania. He enjoyed tennis, golf, bowling, and ballroom dancing. In retirement, he was active in the retirement community at Timber Pines, FL. A memorial service will be held on a date to be determined. In lieu of flowers, donations can be made to the Mid Pennsylvania Chapter of the American Red Cross. Arrangements are under the care of Koch Funeral Home, State College. Online condolences and signing of the guest book may be entered at www.kochfuneralhome.com or visit us on Facebook. The family expresses their sincere thanks to the staff and nurses at Juniper Village for their exceptional caring and kindness.
To send flowers to the family or plant a tree in memory of Joseph Small, please visit Tribute Store

A Memorial Tree was planted for Joseph
We are deeply sorry for your loss ~ the staff at Koch Funeral Home
Join in honoring their life - plant a memorial tree
Services for Joseph Small
There are no events scheduled. You can still show your support by sending flowers directly to the family, or planting a memorial tree in memory of Joseph Small.
Visit the Tribute Store

Share Your Memory of
Joseph
Upload Your Memory View All Memories
Be the first to upload a memory!
Share A Memory
Send Flowers
Plant a Tree