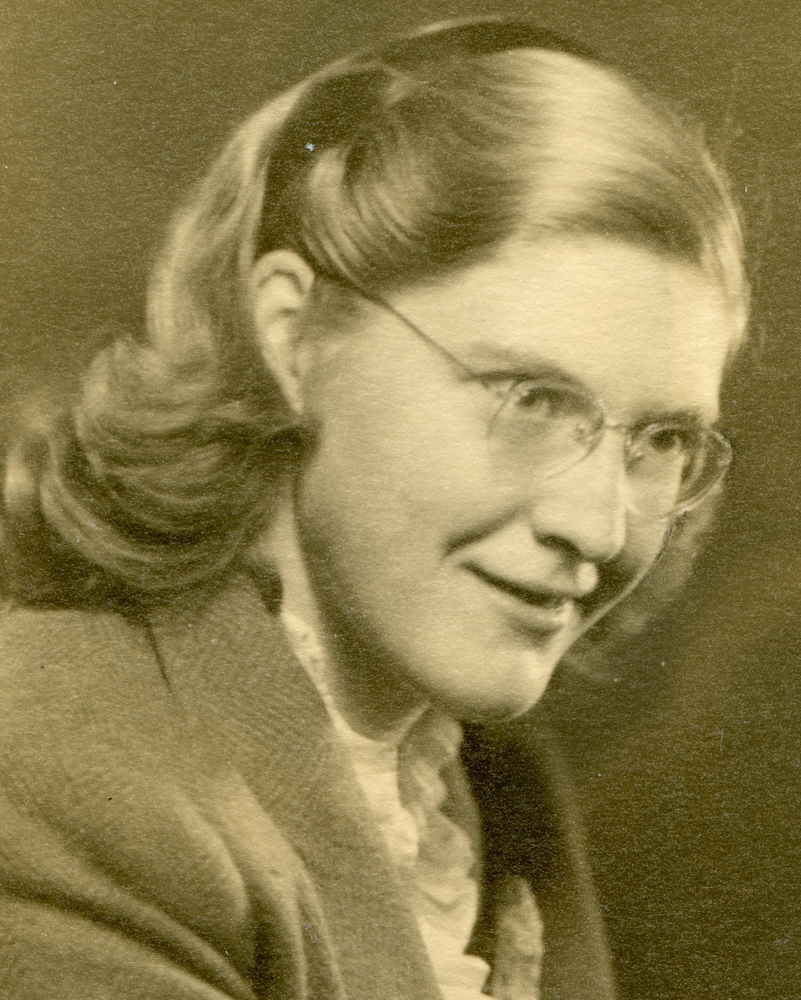 Priscilla Hilton DuMond Grout passed away on April 11, 2020, at home. She was 96. Priscilla was born Sept. 8, 1923, in Ulster Park, NY, the daughter of Cornelius Chester DuMond and Winifred Edna Bortz. She grew up on a farm and loved the outdoor life, the animals and the apple orchards, and the woods and hills of the Hudson Valley. Her education began in a one-room schoolhouse, and later she attended Kingston High School. A scholarship to Swarthmore College gave her an opportunity to study English and Spanish literature. After she graduated, she moved to Boston to live with a high school friend who was at art school there. Priscilla joined the bohemian household (called "Pandemonium" by its inhabitants) and found a job at the Arnold Arboretum. World War II was in progress, and she ultimately decided to move back to Ulster Park and join the war effort. She was hired by the Hercules Powder Company in Port Ewen, NY, where she made blasting caps. One day she came to work and found everyone standing in small tense groups and discussing the bombing of Hiroshima, which had just occurred. Soon after, the work force was reduced and Priscilla moved to Ithaca, NY, to become a secretary in the entomology department at Cornell University. While living in Ithaca, she met A. Roger Grout, a student in agricultural engineering, and on June 17, 1948, they were married. The newly-weds moved to Meadville, PA, and Priscilla began life as a homemaker. After a few years in Meadville, the family moved to State College, PA. Priscilla was at her best working with children and very much enjoyed being a mother and a Girl Scout leader. As the children grew up, though, she decided to go back to college. So in 1968, she enrolled at Penn State and began working on a teacher's certificate. She was a pioneer of the returning women students' movement, one of the first to go back to college in middle age. She got her teacher's certificate and then a Masters degree in Parks and Recreation. Priscilla was very involved with her church, the Church of Jesus Christ of Latter-Day Saints, holding a number of different callings. Her most notable calling was as director of the Family History Center, where an interest in genealogy became one of her most consuming occupations. Her other interests were too numerous to list, but she was never without something to think about. Most recently, she spent many hours working on her memoirs and writing stories of her life. Priscilla is survived by her children, Martha (Elwyn) Taylor and Anne Grout of State College, and John (Susan) Grout of Rome, GA, along with seven grandchildren and eight great-grandchildren. She was predeceased by her husband, Roger, her parents, and her siblings, C. Chester DuMond, Jr. and Margaret Najork. Services will be private and held at a future date, and her ashes will ultimately be buried in Thayer Cemetery, Chautauqua County, NY. Arrangements are under the care of Koch Funeral Home, State College. Online condolences and signing of the guest book may be entered at www.kochfuneralhome.com.
To send flowers to the family or plant a tree in memory of Priscilla Grout, please visit Tribute Store
Services for Priscilla Grout
There are no events scheduled. You can still show your support by sending flowers directly to the family, or planting a memorial tree in memory of Priscilla Grout.
Visit the Tribute Store

Share Your Memory of
Priscilla
Upload Your Memory View All Memories
Be the first to upload a memory!
Share A Memory
Send Flowers