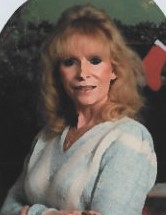 Gertrude "Trudi" Mary Snedden, 84, of Clearfield, died Thursday, April 23, 2020, at Mountain Laurel Nursing & Rehabilitation Center, Clearfield. Trudi was born April 4, 1936, one of seventeen children, in Gander, Newfoundland, Canada, but she grew up in Corner Brook, Newfoundland, Canada. She was the daughter of the late Peter and Mary Frances Beaton. She is survived by three children, Debra Carbaugh of Seneca, Sandra Lieb of State College, and David Dunmire and his wife, Sherry, of Virginia Beach, VA; thirteen grandchildren and seventeen great-grandchildren. In addition to her parents, she was preceded in death by a daughter, Elizabeth Frances VanVoorst, and an infant daughter, Trudy Mary Dunmire. Trudi met her first husband, Clarence L. Dunmire, when he was stationed in Newfoundland and with whom she shared five children. She became a naturalized citizen of the United States in November 1963, and she was very proud to be an American citizen. Trudi had an adventurous spirit that led her to State College, PA, Washington D.C., Houston, TX, and Port St. Lucy, FL. She enjoyed employment as a secretary in various professional offices throughout her life. In her 40s, Trudi was an avid runner, especially during her residency in Houston, TX and Port St. Lucy, FL. Her running passion led her to participate in many marathons and win. She enjoyed reading, learning new things and hearing stories about her grandchildren and great-grandchildren. She was Catholic by faith. Her love and trust in Jesus was strong and unfailing and knew that with each move Jesus was by her side. Graveside service at Boalsburg Cemetery will be private, with the Reverend Zac McDonald officiating. Memorial contributions may be made to the Boalsburg Fire Company, 113 East Pine Street, Boalsburg, PA 16827. Arrangements are under the care of Koch Funeral Home, State College. Online condolences and signing of the guest book may be entered at www.kochfuneralhome.com or visit us on Facebook.
To send flowers to the family or plant a tree in memory of Gertrude Snedden, please visit Tribute Store

Share Your Memory of
Gertrude
Upload Your Memory View All Memories
Be the first to upload a memory!
Share A Memory
Send Flowers