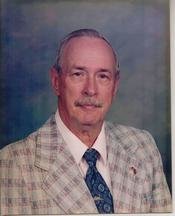 Tribute Wall
Send Flowers
Print
Provide comfort for the family by sending flowers or planting a tree in memory of Richard Koontz.
Show You Care By Sending Flowers
Guaranteed hand delivery by a local florist
Loading...
1
The family of Richard Koontz uploaded a photo

Please wait
K
Keith Bauer posted a condolence
This is well past its prime but, I decided to add some thoughts even at this late date. I'm not sure anyone will see this but, here goes! First my condolences for your loss. I worked for Dick at the Applied Research Lab as a coop student at Penn State. As such that meant working from June through December for the years 1976, 77 and 78. In 1979 I returned as a grad student in Physics and was placed with Louis Kush and so was still working for Dick. I had such a great time working with him and he taught me quite a lot which came in handy when I left to work for Bell Laboratories in Murray Hill NJ where I spent my entire career. Now that I am retired I am thinking about all the people I have met along the way and Dick was one of the memorable ones. I knew of his love for the railroads. He took me to visit one of the clubs of which he was a member. I want to say that was in Bellefont but I am not really sure. I also talked with him a lot about Ye Old Huff 'n Puff. Here's one odd little piece of fun I remember in particular. My lab bench was right outside Dick's office. Since the walls were partitions, there was no ceiling over his office. We used wire wrap techniques for building circuit boards and for some reason, we had a lot of the wrong type of connectors. These had long wire wrap pins which had to be cut down to size. I quickly discovered that when these were cut off, the end would fly quite a distance. I used to aim them so they would land on Dick's desk! He would pretend to get angry but I saw through that! After all we also did the old trick of putting a hose into a project someone was working on and run that hose to the adjacent bay. Dick would then blow smoke through the hose at just the right moment which, naturally, panicked the guy at the other end. Great fun!!! I got to thinking about all these old times and how I wished I had kept up with everyone. I'm only sorry I am over 5 year too late. Thanx! Keith Bauer jellicat@att.net (908) 500-2214 cell and text
Please wait
Share Comment
R
Richard B Koontz posted a condolence
Well it's been 4 years and l miss my Dad as much today as l did 4 years ago. I wish l'd spent more time with him throughout my life learning from him and loving him. Miss you every day!
Please wait
Share Comment
c
christine and dave dwulit posted a condolence
Love and Blessings to my FAMILY in these sad moments. Uncle Dick was like a father to me, and I was always blessed to be a much loved part of your family. My time spent with you were some of the most wonderful experiences of my life. You are always in my thoughts Christine and Dave Dwulit
Please wait
Share Comment
R
Ron & Lynn Nagle posted a condolence
The Captain was a strong, positive influence on our children through his dedication to the Battery. He will be missed. Our thoughts and prayers are with you. Sincerely, Lynn & Ron Nagle
Please wait
Share Comment
<< Previous Next >>
Share A Memory
Send Flowers
Plant a Tree