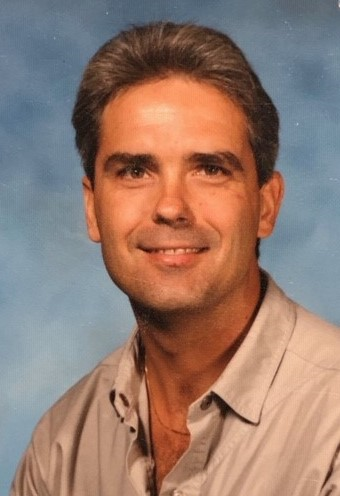 Born July 22, 1952 in Philipsburg Hospital in Pennsylvania, he was the son of the late John and Sophia Alexandra (Holenchik) Solan.

He is survived by three siblings, John Solan and his wife, Vicki, of Frenchville, Pa., David S. Solan of Smithmill, Pa., and Diane (Solan) Ebken and her husband, William, of Port Matilda, Pa.; his niece Sarah Marcon, her husband Anthony Marcon and their two children, Oliver Marcon and Cecelia Marcon; his niece Alexandra Ebken, her husband Zach Kelly and their son, Ezra Kelly; his nephew Thaddeus Solan.

Michael was a 1970 graduate of Moshannon Valley High School. He later received Bachelor and Master's degrees from The Pennsylvania State University.

Michael retired from Moshannon Valley School District several years ago, having long taught Advanced Art and Drama to his high school students and General Art for K-12. Michael directed many plays at the high school, including Harvey and Our Town, and often helped students design and create the sets. He had a dynamic teaching style, using his quirky sense of humor to encourage the best in all of them.

Michael sang and played in several bands over the years. Michael had a wonderful singing voice. He sang in church choirs his entire life and would often duet with his sister in church, as well as at weddings and other functions. His voice was a calming salve, and his love for music was never more evident than when he danced, fully embracing the rhythm as he went.

Michael was a visual artist as well, and invested himself fully in his paintings, carvings, drawings and sculpting. His art was exhibited numerous times, including at the Central Pa. Festival of the Arts. His family will always treasure his beautiful portraits of his nieces and nephew.

His talent was also proudly on display when he was restoring farm tractors and antique machinery. He also had a passion for restoring antique furniture and would travel near and far to collect antique mantel, wall and grandfather clocks and rehabilitate them back into fully functioning works of art again. Michael loved being outdoors and was an avid hunter and fisherman.

Michael, known as Pweet to his nieces, was a loving and caring uncle. Always one for a laugh or a helping hand, Michael was as openly affectionate a person you'd ever have the pleasure of meeting. That he cared for and cherished his family— often showing it in simple, loving ways— was never taken for granted, with either a kind note or a flower, or the trimming of an unruly tree in the backyard.

Michael adored his great-nephews Oliver Marcon and Ezra Kelly, and his great-niece, Cecelia Marcon. He was thrilled to learn that Cecelia's middle name is Sophia, the same as his mother. He relished any and all celebratory family occasions.

His thoughtfulness was a constant in the lives of the many people he touched. Michael was quick to offer a kind word in times of turmoil, but would often choose a comic expression or anecdote as well, neither of which ever failed to lighten the mood. His laugh was contagious and ever-present, even during less-than-appropriate times, like during silent church or at a serious family affair. And yet, his light and warming presence was wanted, often needed, and always a welcome reprieve. He was very loving, and so deeply loved. He is terribly missed, and always will be.

Michael was a member of the Good Shepherd Catholic Church.

Because no one valued a good home cooked meal more than Michael, those who wish to make a contribution in his name can do so at the State College Food Bank.

To send flowers to the family or plant a tree in memory of Michael Solan, please visit Tribute Store
Saturday
7
August