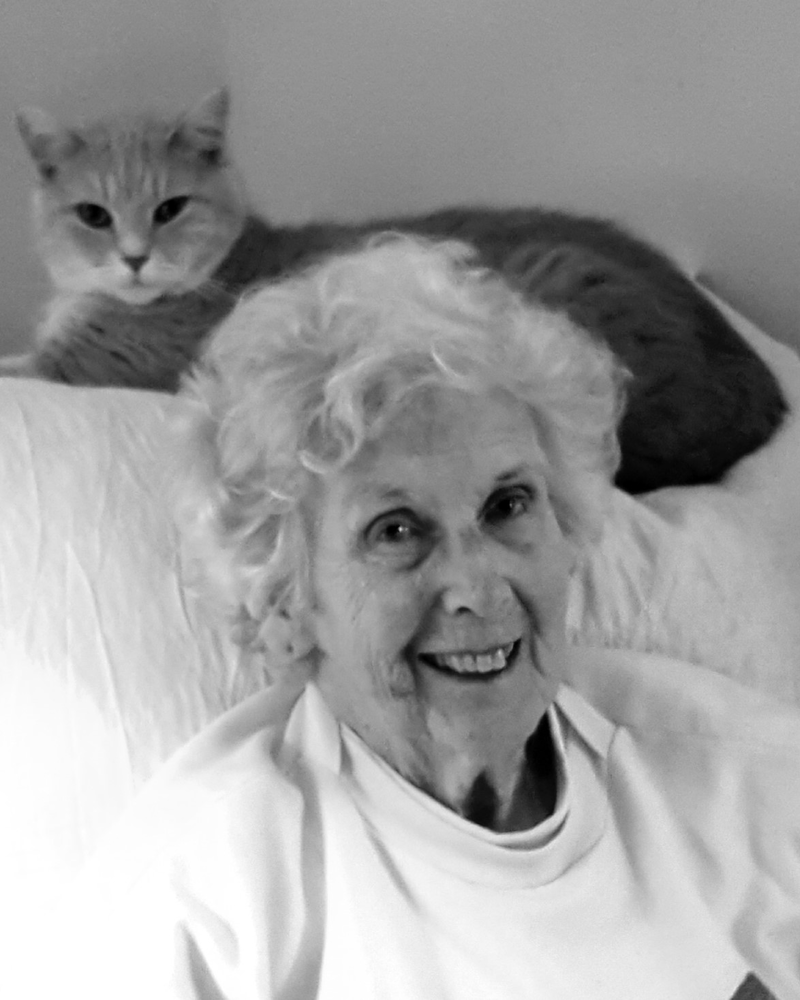 Jean Josephine Pazur passed away peacefully in her home in State College, Pennsylvania on Thursday May 7, 2020 at the age of 95. Jean was born in 1924 in New Glasgow, Nova Scotia, the daughter of F. Joseph and Catherine Nisbet Glabais. In 1944, she earned a bachelor's of science in home economics with honors in Foods and Nutrition. She went on to earn a master's of science in Nutritional Science in 1946 from Iowa State University. She was pursuing her PhD when she met John Howard Pazur. They were married on November 22, 1950, after her fall grades had been recorded. She became an American citizen in 1998. John preceded her in death in August 2005. Jean is survived by her children Robert Leslie Pazur and his partner Saskia Veen of Mönchengladbach, Germany, Barbara Jean and her husband David Sharpe of Laurel, Maryland, Dr. Beverly Ann Pazur and her husband Dr. Richard Swift of New York City, Dr. Carolyn Jo-Pazur and her husband Dr. Philip Jensen of State College, Pennsylvania, two grandchildren Chelsea Ann Swift of Erie, Pennsylvania and Kayla Wellington Swift of New York City, and her faithful cat, Daffodil. She was preceded in death by her only brother, Earling Saunders Glabais and a child Catherine Mary Pazur who died in infancy. Jean was a homemaker and editorial assistant to her husband. She typed numerous drafts of all of John's scientific papers. She enjoyed reading and was a patron of the arts. She faithfully attended her children's band, orchestra and choir concerts. She enjoyed the State College Municipal Band concerts immensely, even when they played Ives ("we all have to stretch ourselves"). She was active in the AAUW and University Women's Club. She volunteered with the Midstate Literacy Council. She supported the Artist Series at Penn State, the Central Pennsylvania Arts Festival and was a friend of the Palmer Museum of Art. She was a member of Alliance Francaise and continued with her French conversation group until 2020. She enjoyed ballroom and aerobic dance. She and John were members of Town and Gown Ballroom Dance club and the Central Pennsylvania Ballroom Dance Association and the American Wine Society. She was an active YMCA member well into her 80's. In November 2016, she moved to the Inn at Juniper Village, where she resided until the end of March, 2020. The family would like to thank Home Instead services, especially Judy Shoemaker who was her faithful companion for many years, the staff at Juniper Village, especially Sandi Harris, the team from Grane Hospices who were of great assistance in her final days and her care team of Ashley Heimann, Jessica Smith, Leigh Ann Hertz and Erin Nelson. In lieu of flowers, memorial contributions can be made to Pets Come First of Centre Hall or the Palmer Museum of Art at Penn State. A memorial service will be planned for May 2021 when, in her words, "this nonsense is over". Arrangements are under the care of Koch Funeral Home, State College. Online condolences and signing of the guest book may be entered at www.kochfuneralhome.com or visit us on Facebook.
To send flowers to the family or plant a tree in memory of Jean Pazur, please visit Tribute Store
Services for Jean Pazur
There are no events scheduled. You can still show your support by sending flowers directly to the family, or planting a memorial tree in memory of Jean Pazur.
Visit the Tribute Store

Share Your Memory of
Jean
Upload Your Memory View All Memories
Be the first to upload a memory!
Share A Memory
Send Flowers