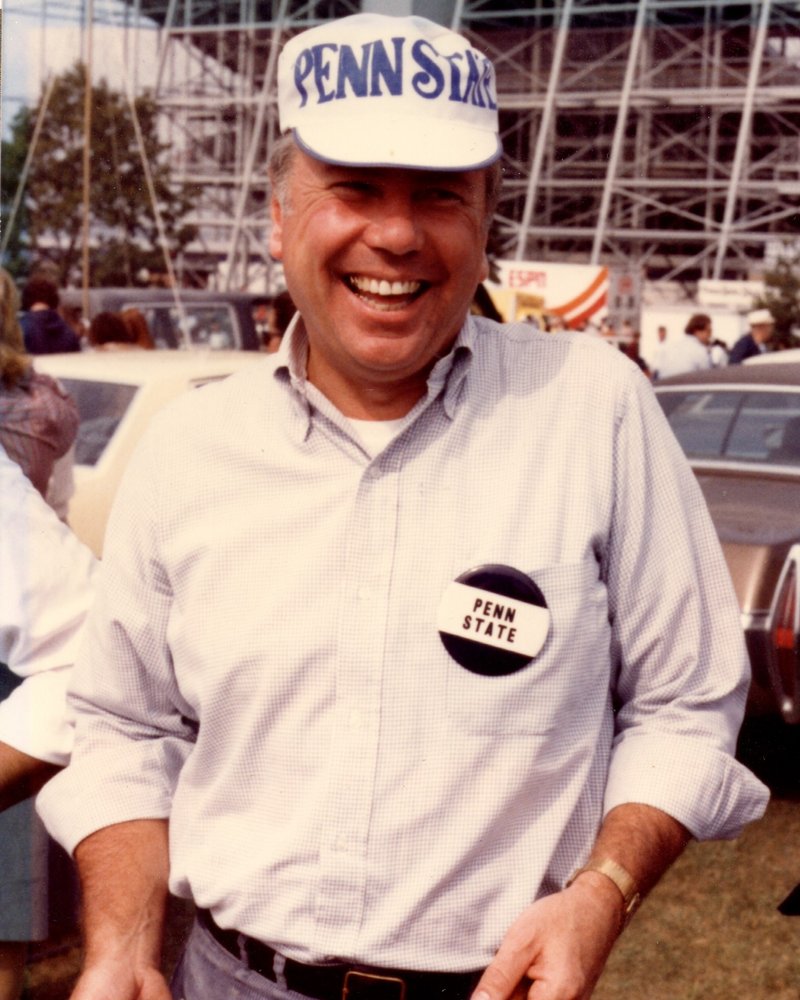 Richard Carroll "Doc" Rostmeyer, 88, of State College, died Thursday, May 21, 2020, at Mount Nittany Medical Center. Born January 15, 1932, in Baltimore, he was the son of the late John and Anna Ebersberger Rostmeyer. Doc served as an officer on the Navy destroyer, USS Ammen, during the Korean War. While stationed in San Diego, friends set him up on a blind date with his future wife Carol Seewald who was attending San Diego State University. They were married in less than a year on January 14, 1956 in Phoenix, AZ. In addition to his wife, Richard is also survived by two children, Karen Rostmeyer of Philadelphia, and Richard Carroll Rostmeyer, Jr. and his wife Katie of Gastonia, NC. Also surviving are six grandchildren, Logan, Kaleb, Madeline, Amelia, Scarlett, and Emma Ruby Rostmeyer. Richard was predeceased in death by two sisters, Marion Browne and Shirley Hurtt. Richard graduated from Penn State University in 1953 with a Bachelor's Degree in Engineering. While at PSU, he was a lacrosse letterman from 1951-1953. He was a member of Phi Kappa Psi Fraternity, and on the advisory board for a number of years. Richard was also part of Skull and Bones, Lions Paw, and All College Cabinet. In the years after graduation he enjoyed PSU football season tickets with a group of friends for over 30 years. He also enjoyed attending PSU volleyball, and Lady Lion Basketball. He and Carol were Founders Club members at the Bryce Jordan Center. Richard worked in sales and management for Reliance Electric Co. headquartered in Cleveland, OH. During his career with Reliance he raised his family in Cleveland, Charlotte, NC, Los Angeles, CA, Houston, TX, and Philadelphia. He retired as Vice President of International Sales and split retired living between Naples, FL in the winter for golf and sunshine and State College for golf at Centre Hills Country Club, Arts Festival, and PSU sports. Richard was Lutheran by faith. Arrangements are under the care of Koch Funeral Home, State College. Online condolences and signing of the guest book may be entered at www.kochfuneralhome.com.
To send flowers to the family or plant a tree in memory of Richard Rostmeyer, please visit Tribute Store
Services for Richard Rostmeyer
There are no events scheduled. You can still show your support by sending flowers directly to the family, or planting a memorial tree in memory of Richard Rostmeyer.
Visit the Tribute Store