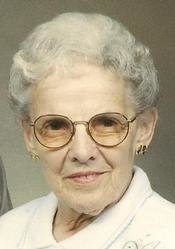 Ruth N. Mansell, 89, of State College, died Monday, November 14, 2011, at Centre Crest Nursing Home, Bellefonte. Born May 14, 1922, in Huntingdon, she was a daughter of the late Cloyd and Mabel Hall Foster. She was preceded in death by her two sisters, Frances Hickes and Kathleen Saltsman, and one brother, Cloyd Foster, Jr. She was previously married to D. Ray Ellenberger. She married Ted Mansell on February 29, 1976, who preceded her in death. She is survived by one daughter, Betsy (Gary) Wiser, of State College, three step-daughters: Cindy Burdick (Jack) of Breesport, NY; Bonnie Lacombe, of The Colony, TX, and Georgeann Copestick, of Palm Harbor, FL. Also surviving are three grandchildren: Wendy (Joe) Davidson; Marcie (Chad) Rockey; and Alan Wiser; and three step-grandchildren: Tina Hooey; Tracey Nagle; and Tim Copestick. Along with 10 great-grandchildren and various nieces and nephews, she also had an adopted son, Don, who preceded her in death. In her early years Ruth attended St. Paul's United Methodist Church, State College, and was one of the founders of the Friendship Class there in 1946. During her life in New York she was an active member of the Pine Valley United Methodist Church, Pine Valley, NY and belonged to the United Methodist Women. She also was involved in the Eastern Star Alert Chapter #948 in Elmira Heights. She loved doing crafts, knitting, sun bathing, gardening, camping, golfing, and playing cards with the love of her life, Ted. She came back to State College following Ted's death in 2006 and was a resident of Wynwood House, Centre Hall, and then Centre Crest. Although Ruth's memory was fading, she was still the happy person she had always been. Her giggle raised the spirits of all. The family thanks all the wonderful people who helped her so lovingly over the past years. Visitation will be 9:30 to 11 a.m. on Thursday, November 17, 2011 at Koch Funeral Home, 2401 S. Atherton St., State College. Funeral Service will follow at 11 a.m. at the funeral home with the Reverends Ed Zeiders and Eric Shafer officiating. Internment will be in Woodlawn National Cemetery in Elmira, NY, at a later time. In lieu of flowers, Memorial Contributions may be made in her name to Centre Crest, 502 East Howard Street, Bellefonte, PA. Online condolences may be made at www.kochfuneralhome.com.
To send flowers to the family or plant a tree in memory of Ruth Mansell, please visit Tribute Store

A Memorial Tree was planted for Ruth
We are deeply sorry for your loss ~ the staff at Koch Funeral Home
Join in honoring their life - plant a memorial tree
Services for Ruth Mansell
There are no events scheduled. You can still show your support by sending flowers directly to the family, or planting a memorial tree in memory of Ruth Mansell.
Visit the Tribute Store
Print
Share A Memory
Send Flowers
Plant a Tree