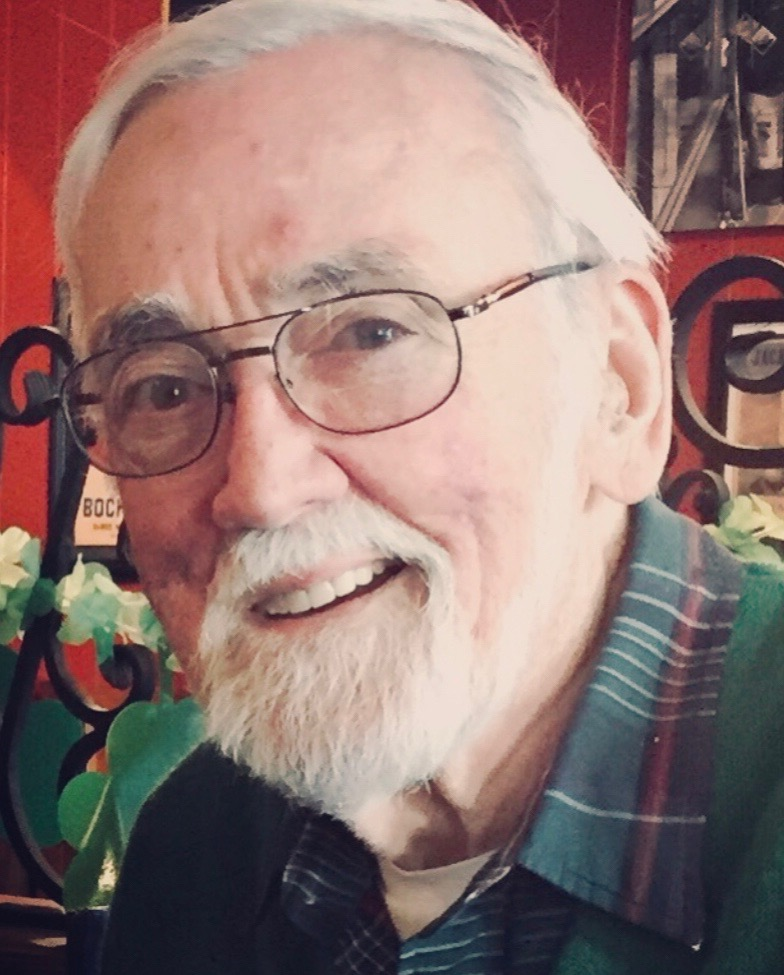 Francis Edward Hooley, 86, of Bellefonte, passed from this life on June 22, 2020. He was born August 2,1933 in Renovo, PA to Francis Edward Hooley and Julia McCann Hooley. He attended St. Joseph's Catholic School in Renovo, PA and after working in the machine shop for the Pennsylvania Railroad in electronics he enlisted in the Navy and served from 1951-1957 (active duty) and 1957-1961 (reserves) while attending Penn State University. During his service he was stationed in the South Pacific doing testing on the Atom Bomb and is a member of the National Association of Atomic Veterans. He also is a member of the Tin Can Sailors which are those that served on a Destroyer. On June 27,1959, he married Olga Fetsko of New York, NY. He was a 1961 graduate of the Pennsylvania State University, where he majored in Business/ Accounting. Upon graduation he accepted a position with the Pennsylvania State University as a staff accountant and remained through his career retiring as Manager of Business Operations for The Pennsylvania State University Libraries in 1992. Francis was a member of the B.P.O.E Lodge # 1094, the American Legion, the VFW and the Knights of Columbus. He also served on the Pennsylvania State University Credit Union Board until his retirement. He was actively involved with various charities and was a member of the Burning Tee Golf League, Penn State University and Men's Bowling League at Penn State University. Francis was an Eagle Scout and proud to have two further generations of Eagle Scouts within his family. Beloved by many for his, occasionally acerbic, dry wit and congenial nature he was always keeping those around him on their toes. He was particularly proud of his 100% Irish lineage and often reminded those around him of his extreme good fortune. Francis is survived by his five children: Thomas (Elena) Hooley,(Lancaster, PA) Suzanne Hooley, (Columbia, Maryland) Stephen (Julie) Hooley, (Ashton, MD) Catherine (Rob) Baker (State College, PA) and Margaret (Marc) McMullin, (Raleigh, NC) along with grandchildren: Connor Hooley, Collin Hooley, Megan Hooley, Keenan Hooley, Molly Hooley, Julia Krawczyk, Stephen Krawczyk, Andy Krawczyk, Erica Hooley, and Christopher Hooley. He was preceded in death by his wife Olga and grandson, Grady McMullin. His sister Joann Zeigler (Jim) survives. Francis was a member of St. John the Evangelist Catholic Church in Bellefonte. Arrangements are being handled through Koch Funeral Home in State College with private services held at the convenience of the family. Online condolences and signing of the guest book may be entered at www.kochfuneralhome.com.
To send flowers to the family or plant a tree in memory of Francis Hooley, please visit Tribute Store
Services for Francis Hooley
There are no events scheduled. You can still show your support by sending flowers directly to the family, or planting a memorial tree in memory of Francis Hooley.
Visit the Tribute Store

Share Your Memory of
Francis
Upload Your Memory View All Memories
Be the first to upload a memory!
Share A Memory
Send Flowers