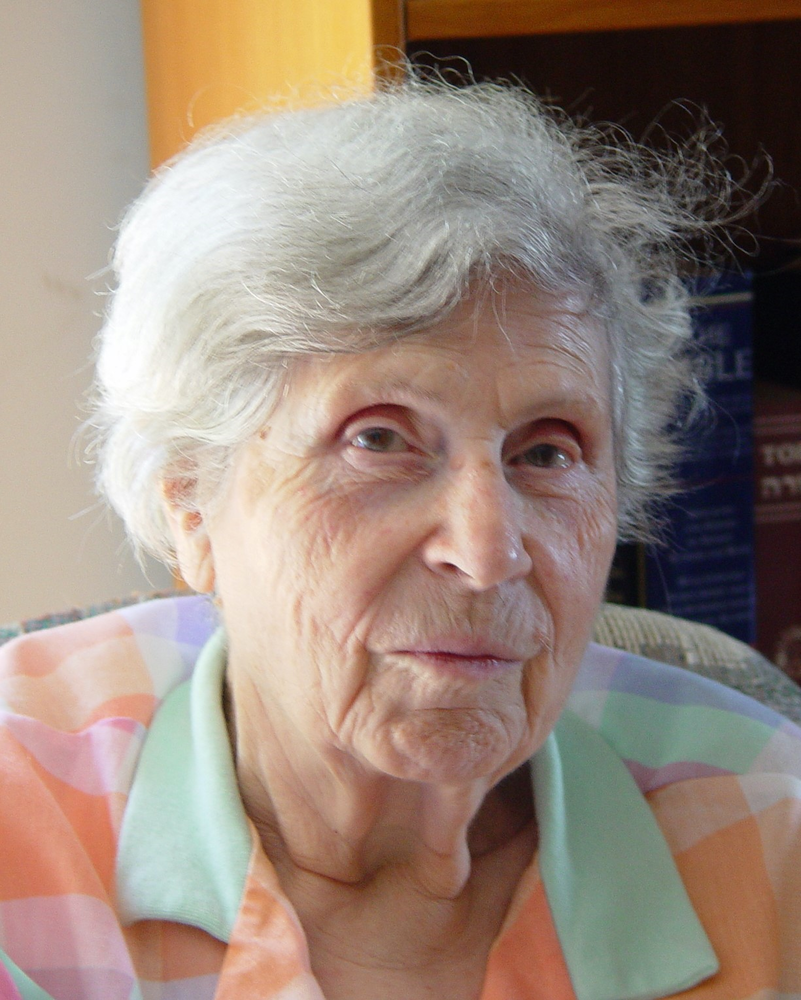 She was born on July 19, 1919 in Poltava (Central Ukraine). Her father was Lev Markovich Davydov, and her mother was Judith Isaakovna Davydova (Margolina). The family moved to Moscow, Russia in the mid 1920s.

In addition to her parents and husband, her sister, Asya Amis and son-in-law Anatole Katok preceded Lucy in death.

Lucy was dedicated to her family. She graduated from the Institute of Advanced Chemical Technology with a degree in chemistry of rubber and worked as an engineer at the All-Union Institute of Aviation Materials. She retired in 1974 at the age of 55 to help take care of her grandson, Boris Katok, who was 3 years old at the time, to allow her eldest daughter, Svetlana, to spend more time on her career and education. Boris still fondly remembers the time he spent living with his grandparents.

Lucy's eldest granddaughter, Lena Katok, remembers her grandmother, who wanted her grandchildren to call her "babusya" (Russian diminutive for grandmother), as a person who spent most of her time taking care of other people. Lena remembers spending many hours with her grandmother in the early 1970s reading and discussing books. One of the most memorable was Jack London's biography. She also encouraged Lena, from an early age, to read and memorize poetry. Her value for honesty made a special impression on her young granddaughter. After the Katoks immigrated to the US in 1978, Lucy wrote letters to Lena regularly. Those letters, which Lena did not always answer, are nevertheless saved and treasured until this day.

Lucy diligently helped her younger daughter, Julia, raising Julia's children, Alexandra and Mary. When Julia was sick for a period of time after giving birth to Mary, Lucy spent many days caring for the infant. Lucy supported and encouraged her granddaughter Alexandra, at that time an aspiring artist, by appreciating and valuing her art.

Lucy faithfully helped her husband, Boris Rozenfeld, a well-known Russian mathematician and mathematical historian, with his scientific writings. While still in Moscow, and before the use of computers, she helped to "insert formulas" into manuscripts. After their immigration to the United States in 1990, Boris Rozenfeld never stopped working, and as his health, including his vision and hearing, declined, he increasingly relied on Lucy for being able to continue his research and writings. This is a role that she graciously and conscientiously fulfilled until her husband's death.

While living in State College, PA, Lucy played a key role in raising her youngest granddaughter, Danya Katok. Largely due to her grandmother's influence, Danya, born in the US, learned to speak Russian fluently. She fondly remembers going to her house everyday after school where she put on "little concerts" for Lucy, whom she called "Babushka," complete with dance performances and dinner made out of play-doh. Lucy always indulged her imagination and encouraged her creative spirit.

Lucy was an excellent and skilled baker. In Russia, no holiday was complete without her special cakes and her "pirozhki" (small pies stuffed with meat or cabbage) that she always made from scratch. The baking tradition continues in the US, especially in preparation for the New Year, one of the most celebrated secular holidays in Russia, that the family continues to celebrate "Russian Style" in the US.

Natalia Mitina was Lucy'a caregiver for the last 12 years, and the family is very thankful for her care, devotion and love.

Burial will be in the Spring Creek Presbyterian Cemetery.

To send flowers to the family or plant a tree in memory of Lucy Rozenfeld, please visit Tribute Store
Thursday
25
June

Share Your Memory of
Lucy
Upload Your Memory View All Memories
Be the first to upload a memory!
Share A Memory
Send Flowers