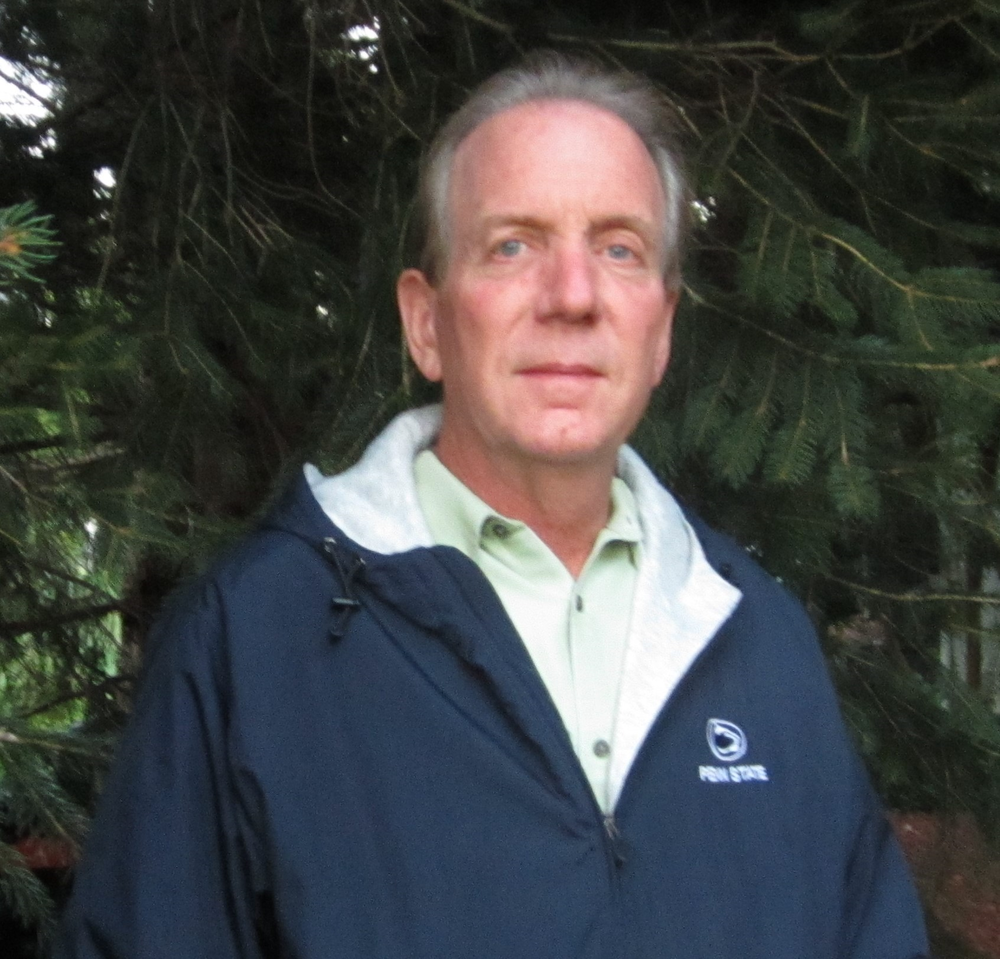 Born July 5, 1949, in Bronx, NY, he was the son of the late Charles Peter and Dorothy Polchinski Romaine. On August 29, 1970 he married his high school sweetheart, Carolyn Sweed, who survives.

Also surviving are four daughters, Tammy Davis and her husband, Darrin, of Purcellville, VA, Lisa Cummings and her husband, Tim, of York, PA, Kristina Bryan of State College and Laura Coho and her husband, Chris, of Port Matilda; two siblings, Dorothy Marion and her husband, Dan, of Canandaigua, NY and Arthur Romaine and his wife, Dori, of Hawthorne, NY; eight grandchildren, Madison, Shannon, and Paige Davis; Ella and Charlie Cummings; Max Bryan; and Ava and Connor Coho. In addition to his parents, he was preceded in death by a sister, Marilyn Eaton.

After graduating from Westlake High School in Thornwood, NY, Pete attended Cornell University, Ithaca, NY where he received his B.S. in general agriculture (1971), M.S. in plant pathology (1974), and Ph.D. in plant pathology/molecular virology (1977). In 1977, he joined the Department of Plant Pathology at Penn State as an assistant professor where he taught plant virology and conducted research on plants and commercial mushrooms. Pete advanced through the ranks during his 35-year career at Penn State and retired as Swayne Chair Emeritus of Mushroom Biotechnology and Professor Emeritus of Plant Pathology and Environmental Microbiology in 2012.

Pete had broad experience in mushroom cultivation and biotechnology. He led a research effort in transgenic breeding of the common cultivated mushroom for crop improvement and recombinant expression of biologics and industrial enzymes. During his research career, he and his 30+ graduate students, post-docs, visiting scientists and technicians developed methods for molecular analysis of viral and fungal pathologies of the mushroom in the understanding of mushroom genetics, gene structure and function. For several years, he served as technical editor of the Mushroom News, a publication dedicated to mushroom growers world-wide with emphasis on the North American mushroom industry.

A dedicated teacher, Pete was a favorite among both undergraduate and graduate students and served as a graduate advisor and mentor to many. Always accessible, he will be remembered for leading thoughtful and lively discussions on a wide range of topics both in the classroom and beyond.

Later in his career, Pete founded and served as Chief Scientific Officer of Agarigen, a Penn State spin-off company dedicated to the use of the common cultivated mushroom, Agaricus bisporus, for recombinant expression. Pete served as a principal investigator overseeing a multi-year Defense Advanced Research Projects Agency (DARPA) contract that was focused on the development of a mushroom-based recombinant protein production system. Agarigen was acquired by Intrexon Corp. prior to his retirement in 2012.

Pete was a member of the Good Shepherd Catholic Church. Through Good Shepard he discovered his passion for service work as he was involved with the Back Pack Ministry and Out of the Cold program. Outside of the church, he volunteered and donated to Discovery Space in State College so children would begin to develop a love for science.

In his personal life, Pete's unselfishness and love for his family and friends was subtle, yet ever present. The gardening that he thoroughly enjoyed doubled as an expression of his love for his wife, Carol, as he knew how much she loved being outside. He was the prime source of laughter in his household and at Penn State tailgates which allowed for family and friends to feel welcome, relaxed, and loved. He was driven to show his wife and daughters how much he loved them and cared for them- never allowing a moment to go by where this would ever be in doubt. Pete genuinely cherished holidays; making sure each one was a true celebration of love and togetherness. Throughout his entire life, Pete constantly thought of his family before he ever began to think of himself, which some would characterize as a true definition of 'love.'

Visitation will be from 5 until 8 p.m., on Tuesday, June 30, 2020 at Koch Funeral Home, 2401 S. Atherton Street, State College. We will be observing social distancing practices.

A private family burial will be held at Boalsburg Cemetery.

Memorial contributions may be made to the Glioblastoma Foundation, P.O. Box 62066 Durham, NC 27715 or by visiting, https://glioblastomafoundation.org/get-involved/donate