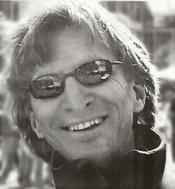 David Paul Neufer, 56, of State College, died Wednesday, November 16, 2011 at his home. Nancy Lewald Neufer, his wife of 21 years, and his beloved dog, Zack, were by his side. Born September 17, 1955, in Williamsport, he was the son of L. Paul and Marna MacMahon Neufer. In addition to his parents he is also survived by two sisters, Holly Neufer Batchelor of Newton, MA and Lynne Neufer Dale, of Atlanta, GA, their husbands George Batchelor and Charles Williams; sister-in-law Karen Lewald Williams and her husband Hall Williams of Severna Park, MD; his niece Summer Dale, and nephews, William Batchelor, Paul Batchelor, Jordan Dale, Cedar Williams and Mydland Williams. Dave was a 1978 graduate of Lycoming College where he received a bachelor's degree in German. He was employed for thirty-one years by US Airways as the Customer Service Manager at University Park Airport until his retirement in June of 2010. He acquired his love of travel early in life thanks to the influence of his father. His airline career afforded him the opportunity to travel all over the world, which brought many fascinating people into his life. He loved the outdoors, with snow skiing and sailing being among his favorite ways to spend a sunny day. Music was a big part of his life, and, for many years, he entertained those around him by playing his guitar or piano and singing. His clever wit brought laughter and joy to all those he touched. Another way he shared his creative energy was by cooking delicious meals for family and friends. His devotion to animals, including his faithful canine companion, Zoey, who preceded him in death, illustrated the depth of his love and loyalty to those he cared about. In recent years, he faced the challenges of his ailing health with tremendous grace, never losing his sense of humor. His courage was palpable to his family and friends. A gathering to celebrate Dave's life will be held at Tussey Mountain Lodge on Saturday, December 10th, 2011 at 1pm. In lieu of flowers, memorial contributions may be made to Centre County PAWS, a non-euthanasia, volunteer enabled organization dedicated to the Promotion of Animal Welfare and Safety. Contributions can be mailed to 1401 Trout Road, State College, PA 16801 or online at centrecountypaws.org. Alternatively, memorial contributions may be made to the Muscular Dystrophy Association, an organization providing support and resources for persons learning to live with neuromuscular diseases. Contributions may be made online at www.mda.org/help/donate. Arrangements are under the care of Koch Funeral Home, State College. Online condolences may be made at www.kochfuneralhome.com.
To send flowers to the family or plant a tree in memory of David Neufer, please visit Tribute Store

A Memorial Tree was planted for David
We are deeply sorry for your loss ~ the staff at Koch Funeral Home
Join in honoring their life - plant a memorial tree
Services for David Neufer
There are no events scheduled. You can still show your support by sending flowers directly to the family, or planting a memorial tree in memory of David Neufer.
Visit the Tribute Store
Print
Share A Memory
Send Flowers
Plant a Tree