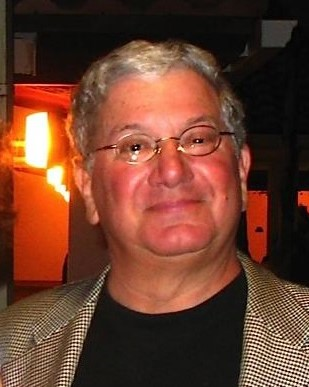 Edward Arthur Friedman, a resident of Boalsburg, PA and Vero Beach, FL passed away at his residence in Boalsburg on August 22, 2020. He was born March 24, 1948 in Bellefonte, PA the son of the late Sidney and Helen Sevel Friedman. On September 4, 1988 he married Charlene Bourdelais Friedman who survives at home. In addition to his wife he is survived by two children, Ty Stewart and wife Sarah of Henderson, NV and Salem Bartlett and husband John of Carolina Beach, NC, and two grandchildren Kyla Bartlett and Chase Stewart as well as his loyal canine companions Tito, Lokka and Remy. He also is survived by his brother Ronald M. Friedman of Boalsburg and wife Susan, nieces Alison and Andrea, and nephew Jonathan. Ed grew up in State College and attended State College Area High School, graduating in 1966. He was graduated from Ohio State University and San Francisco University School of Law. He also held an MBA from the University of San Francisco and a Masters degree from Penn State in Hotel and Restaurant Management. In addition to being a member of the Pennsylvania and Centre County Bar Associations, he was owner of a number of successful business enterprises in and around State College including Industrial -Commercial Realty, Hotel Asset Management Company, and numerous real estate partnerships. During his life he showed a deep commitment to the Centre County community and served on many nonprofit boards and agencies including many terms on the Centre County Assessment Appeal Board. He and his wife contributed to many charities that provided services to the community at large and were named Renaissance Persons of the year in 2012 for their longtime commitment to the betterment of town and gown relations. Ed was a man of many and varied talents and interests. In his youth he was an excellent tennis player and he continued that interest during his lifetime not only as a player but as owner of a successful tennis club in Vero Beach, FL. He was an accomplished amateur photographer and he developed many cooking recipes for use in restaurants in which he participated as an owner. He loved to fly-fish and charm his grandchildren with magic tricks. He even raised and trained two hawks for falconry hunts. Ed and his wife started and jointly owned Mountain Edge Alpacas in Harris Township and both were recognized internationally as experts in the raising and judging of Alpacas. Ed also was interested in the education of young people and as a specialist in appraisal of real property, a Member of the Appraisal Institute and a Counselor of Real Estate, he taught courses at Penn State in the field of Real Estate. Ed was a member of Congregation Brit Shalom where he served in several leadership capacities over the years. In addition to being a successful and community minded businessperson, Ed was a highly likeable man, well regarded in the community by his many friends and associates for his good humor, engaging personality, and his unfailing positive outlook. Private services and burial will be held at the convenience of the family. A Celebration of Ed's life will be held at a later date when circumstances permit. In lieu of flowers, memorial donations may be made to the Children's Advocacy Center at https://www.mountnittany.org/childadvocacycenter. Arrangements are under the care of Koch Funeral Home, State College. Online condolences and signing of the guest book may be entered at www.kochfuneralhome.com.

Share Your Memory of
Edward
Upload Your Memory View All Memories
Be the first to upload a memory!