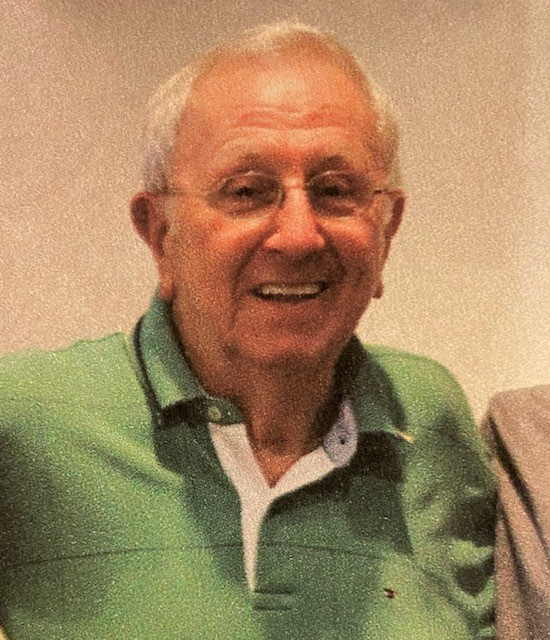 Lawrence Fred Roeshot, Larry, a much-loved resident of Foxdale Village in State College, PA, passed away early on August 28, 2020. He was 91. Only one day earlier, Rita, his wife of 63 years, recalls that he was happily singing "You Are My Sunshine."

Larry was born June 14, 1929, in Wilkes-Barre, Pennsylvania. Larry was the son of Ollie and Edward Roeshot and brother to Lillian Gibelman and Mildred Gazenski, who preceded him in death.

After completing one semester at Wilkes college, he was drafted into the Army and served two years during the Korean War. Upon his return home he completed his undergraduate degree, graduating in 1957 from Penn State University with a BS in electrical engineering.

After college, Larry briefly worked at RCA and then joined Philco Radio as an engineer in the fabrication of high-frequency transistors. Later he returned to Penn State to obtain his MS in electrical engineering.

While undergraduate students at Penn State, Larry met Rita Chase and they were married on August 17, 1957. The young couple quickly planted roots in the community they had grown to love, State College, PA.

In November 1957, Larry joined HRB-Singer, where he worked for more than ten years on the forefront of cable television before finishing his engineering career at Penn State University.

His vocation shifted in the early seventies, when his small woodworking hobby took off. Larry resigned from the University to pursue Spectra Wood full-time in 1974. What humbly began in his basement on Mayberry Lane, the first house he built, became what today is Spectra Wood of State College.

He would be quick to tell you, though, his greatest achievement has been his beautiful family. Whether called Larry, Daddy, Grandpa or Paco, he leaves a gaping hole for the family who adored him. Surviving him are: Rita Chase Roeshot, Foxdale, State College, PA; Douglas and Linnie Roeshot, Boalsburg, PA; Deborah Roeshot Hucke and Doug Hucke, Albuquerque, NM; David and Meghan Roeshot, Port Matilda, PA; Diana Roeshot Friberg and Andy Friberg, State College, PA.

Larry and Rita have been long-standing members of St. Paul's United Methodist church. Their involvement centered around a bible study group that has lasted through the decades and whose living members remain among their closest friends.

Larry's warm smile and magnetic personality would light up the room. He was a friend to anyone he met. He noticed the best in others and used compliments generously. Even in the late stages of Parkinson's disease his positive, sunny spirit never wavered. He loved the good Lord and adored his wife, Rita. He also loved construction especially homes and businesses. He loved traveling with friends, Vespa scooters, Snyder's hard pretzels and back rubs.

Without a doubt he has joined the angels of Heaven singing in a full, boisterous voice.

There will be a celebration of life service later, at the discretion of the family.

Share Your Memory of
Lawrence
Upload Your Memory View All Memories
Be the first to upload a memory!