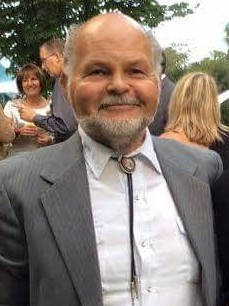 Born December 4, 1944, in Bellefonte, he was the son of the late William Lynn and Dorothy Graham Mothersbaugh. On October 11, 1963, he married Kathy Meyer, who survives. They were happily married for 56 years.

He was a 1963 graduate of Penns Valley Area High School and proud member of the wrestling team. After 38 years, Bob retired from the Penn State Deer Research Facility. After retirement, he was the founder of Field of Dreams Whitetail Retreat. He was also active in the local horse community as a ferrier, horse trainer, and friend to many.

He was a lifetime member of the Centre Hall Fire and Ambulance Companies, and the Pennsylvania Deer Farming Association. He attended St. Lukes Lutheran Church in Centre Hall.

Hunting, horseback riding, spending family time at "camp", and spoiling his great-grandchildren were among his favorite things to do.

A memorial celebration with close friends and family will be announced at a later date.