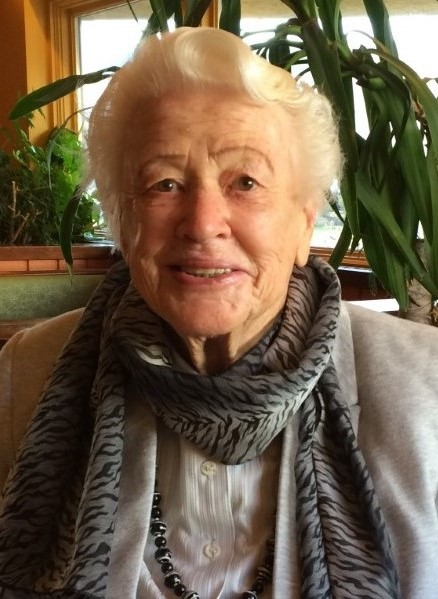 Willemina Klazina Haaijer-Veenstra, 90, of State College, Pennsylvania passed away at Mount Nittany Medical Center on Thursday September 3, 2020. Willemina was born May 20, 1930 in Zutphen, The Netherlands, the daughter of the late Karel Veenstra and Petronella Veenstra-deKreuk.

She had who she called her two best men in her life, Geerhard Haaijer who she married on January 29, 1955, and who predeceased her on August 20, 1994 and her son, Eric Haaijer, who predeceased her on June 22, 2018. She is survived by three daughters, Karen Meister and her husband, Randy, of Boalsburg, Pennsylvania, Ingrid Haaijer and her husband, John McMahon, of Scottsdale, Arizona and Vera Haaijer and her husband, Ronnie Abercrombie, of Orwigsburg, Pennsylvania. She is also survived by a daughter in law, Kristen Haaijer of Fairfield, Connecticut and 8 grandchildren: Kristin Rothney and her husband, Ian, Ellen Meister, Eric Meister and his wife, Christy, Hannah Haaijer, Emily Haaijer, Caroline Haaijer, William Haaijer, and Jerienne Abercrombie, as well as a great granddaughter, Heidi Rothney and a great grandson, Henry Meister. Another little Meister great granddaughter is expected to arrive next February.

Willemina grew up in the war torn Netherlands during World War II, which, like for so many of her generation, shaped her tough, resilient personality. It is easy to see why they are called the greatest generation. She immigrated from the Netherlands to Bethlehem, Pennsylvania to join her husband six weeks before her first child was born, fearlessly travelling on her own by ship. She, Geerhard and Karen then settled in the eastern suburbs of Pittsburgh, where the rest of the children were born, and all grew up. Willemina also spent 10 years in Chicago with her husband, but more importantly lived the final 26 years of her life in State College, Pennsylvania, where she made a new life for herself after her husband passed away.

Willemina was never one to blend into a crowd as she embraced her heavy Dutch accent, her direct Dutch personality, and her love of bargains and cheese. She had a wonderful sense of humor and loved to laugh and to make people laugh. Her family is left with countless Oma stories, so she will keep us laughing for years to come. Willemina lived on her own terms, remaining in her own home as was her wish. She will be deeply missed by many.

Due to COVID-19 there will be no public visitation.

Donations may be made in her name to the Veterans of Foreign Wars, C/O VFW, Processing Center, P.O. Box 8958, Topeka, KS 66608-8958, https://heroes.vfw.org/page/21776/donate/1?ea.tracking.id=homepage , to whom she was forever grateful for the liberation of her country.

Arrangements are under the care of Koch Funeral Home, State College. Online condolences and signing of the guestbook may be entered at www.kochfuneralhome.com or visit us on Facebook.

Share Your Memory of
Willemina
Upload Your Memory View All Memories
Be the first to upload a memory!