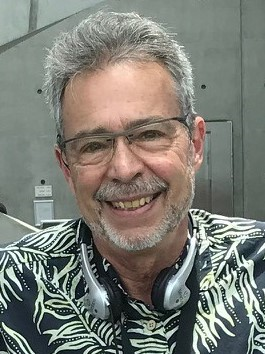 Michael Micci, 66 of Lemont, PA, died peacefully on September 21, 2020, at home after an 8-month battle with cancer, surrounded by his wife and children. He was preceded in death by his mother Bernadine (nee Dragovan) Micci and father Americo (Harry) Micci. He is survived by his wife of 19 years Catherine Cohan, their two children Sofia and Carmen, and his sister Gina Micci. He was born on May 3, 1954, in Joliet, IL and attended Joliet Catholic High School. He came of age during the 1960s and was inspired by the American space program and science fiction writers like Arthur C. Clarke. He competed in national and international model rocket competitions during high school and college, winning gold medals for his model rockets. He earned bachelor's and master's degrees in Aerospace Engineering at the University of Illinois at Urbana–Champaign. He completed a Ph.D. in the Department of Mechanical and Aerospace Engineering at Princeton University, with a focus on rocket propulsion. The title of his dissertation was "Solid propellant response functions deduced from forced longitudinal waves in solid rocket motors." During his 40-year career in the Department of Aerospace Engineering at Penn State, he specialized in all forms of rocket propulsion. In other words, he was a bona fide rocket scientist. One line of research that spanned his entire career examined microwave electrothermal thrusters for satellites, which have the advantage of utilizing a cheap and clean propellant—water. In 2019, his life's work on the microwave electrothermal thruster culminated in a test flight by Momentus Space, which demonstrated that satellites in orbit can be maneuvered inexpensively by water vapor plasmas. In the last few years he taught himself quantum computing to try to solve large difficult solutions to configurations such as the solution of Navier-Stokes around an airfoil. One of his current students aptly described Dr. Micci as someone for whom "the learning never stops." Michael was a renaissance man who loved following politics, live theatre, international travel, French wine and cheese, reading the works of classic playwrights, sailing, and cheering on the Chicago Cubs. In recent years, he was a self-taught mycologist and took acting and playwriting classes. He put his acting classes to use appearing in a commercial for a local pest control company as "the husband." He was amused by his minor local celebrity status as friends and strangers recognized him from the commercial that aired over and over during prime viewing hours. In addition to his immediate family, Dr. Micci leaves behind a vast academic family of colleagues and students locally, across the U.S., and abroad as well as life-long friends in the model rocket community. We are sincerely grateful for their well wishes, support, appreciations, and home-cooked meals at the end of his life. A celebration of Michael's life and work will be scheduled when we can gather in person. To honor his legacy as a researcher and mentor, two endowed funds have been established in the Penn State Department of Aerospace Engineering. The Michael Micci Student Research Fund will support the space research activities of undergraduate and graduate students. The Michael Micci Graduate Student Award will provide financial support for graduate students pursuing space propulsion. Contributions may be sent to The Pennsylvania State University, Donor and Member Services, 2583 Gateway Drive, Suite 130, State College, PA 16801.

Share Your Memory of
Michael
Upload Your Memory View All Memories
Be the first to upload a memory!