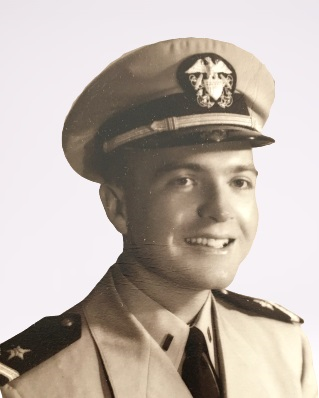 Derald William Stump, 89, of State College, passed away on Thursday, October 8, 2020 at The Atrium in State College, PA. Derald is survived by his beloved wife of 63 years, Jean Conway Stump. He is also survived by his three children and five grandchildren: son, Christopher Stump and his wife Brianne Brophy, of St. George, Maine and their son, Collin Stump; daughter, Robin Bastress and her husband, B.K. Bastress, of Spring Mills, Pennsylvania and their children, Madison and Samantha Bastress; and son, William D. Stump and his wife Dori Rebich Stump, of Allentown, Pennsylvania and their children, Kelley and her husband Reginald Jones and Kevin Stump.

Derald was born at Iowa Lutheran Hospital in Des Moines, Iowa. He was the only child of the late Joseph V. and Leah Lavon Kelley Stump. He graduated from Van Meter High school in 1948. He was the president of his class, winning honors academically and in choral and instrumental music. In high school, he was the captain and catcher on the Iowa State High School Championship team. He was also captain of the basketball team.

Derald was a member of the naval reserves, beginning at age 17. He was commissioned as Ensign after graduating from Drake University, where he earned a bachelor's degree in Music Education in June, 1953. After being stationed in Long Beach, California for training, he was assigned to LST 1068 as First Lieutenant deck and gunnery officer. As a Lieutenant, he served on the USS Midway, aircraft carrier as a training officer and information/education officer during the Korean War. He was honorably discharged from the Navy in August, 1955.

After the Navy, he taught at St. John's Military Academy in Delafield, Wisconsin, before moving to Cambridge, Massachusetts, to complete his master's degree of Divinity at the Episcopal Theological School, Harvard Divinity School. It was in Cambridge that he met Jean Conway. They married at All Saints Episcopal Church, Brookline, Massachusetts.

Derald served as curate at the cathedral of St. Paul in Des Moines, Iowa, St. Alban's in Spirit Lake, Iowa, Trinity Church in Carroll, Iowa, and St. Andrew's School in Sewanee, Tennessee where he taught religion, English, public speaking and founded and coached the debate team. In 1965, he became the associate rector at St. Andrew's Episcopal Church (serving again from 1998 - 2000) in State College, Pennsylvania. In 1967, he started the Episcopal Student Association and the Episcopal Campus Ministry, at Eisenhower Chapel, at Penn State University. He served as Chaplain for 18 years. During his time at Penn State University, he earned a master's in counseling and educational psychology and a doctorate in health and human development. He earned a certificate in cognitive therapy from the University of Pennsylvania. During a sabbatical from 1982-85, he was an associate Chaplain at The Seamen's Church Institute in lower Manhattan, NYC. He then taught religious studies and coached middle school basketball at The Church Farm School in Exton, Pennsylvania.

Derald worked as a therapist in the neuro-psych department at J.C. Blair Hospital in Huntingdon, PA and at the Lewistown Hospital in Lewistown, PA. He had a private practice in counseling and was an interim priest at St. Mark's in Lewistown, PA. He served as Chaplain at Valley View Retirement Center in Belleville, PA until his retirement at the age of 75. He performed wedding ceremonies for all three of his children.

Active throughout his life, Derald enjoyed playing tennis, sailing on Colyer Lake, swimming at the Penn State Natatorium and keeping in touch with family and friends. He was an avid Penn State and Big Ten Sports fan, one of his greatest joys was being part of his children's and grandchildren's lives. He was a constant figure at their school events and followed games online.

Derald's family would like to express appreciation for the professional care Derald received from the doctors, nurses and staff at Mt. Nittany Medical Center and Geisinger Medical Center. They would also like to extend deep gratitude for the compassionate care and friendships at The Village and The Atrium at Penn State.

A service for Derald will be held at St. Andrew's Episcopal Church, State College, with Reverend Jeffrey Packard, officiating. The date for the service will be chosen at the convenience of the family.

Share Your Memory of
Derald
Upload Your Memory View All Memories
Be the first to upload a memory!