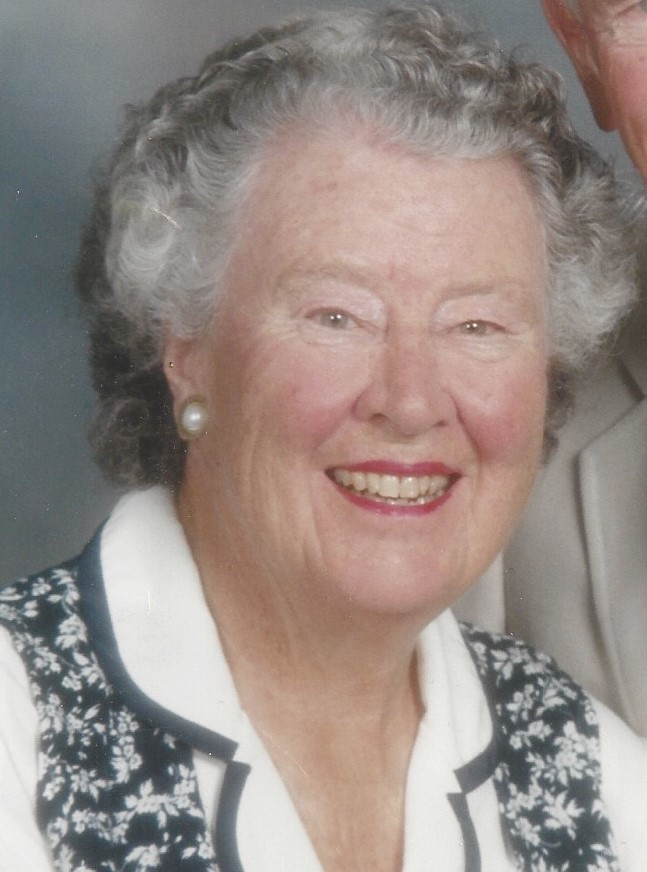 Virginia S. "Ginnie" Walker, 96, of State College, died on Wednesday, November 4, 2020, at Foxdale Village in State College. Born July 14, 1924, in Baltimore, MD, she was a daughter of the late Peyton and Leslie Strobel. On July 14, 1949, she married Philip L. Walker, who preceded her in death on March 22, 2009. She lived in State College since her marriage. She was a 1942 graduate of Notre Dame High School in Baltimore. She attended the University of Maryland and William and Mary extension in Richmond, VA, where she earned her registration in Occupational Therapy. She was employed at Johns Hopkins Hospital until her marriage. She was a past president of the Lemont Women's Club, where she sang with their glee club. She also sang in the choir at the State College Presbyterian Church. With her husband, she was a member of the Mount Nittany Society where they established a faculty fellowship and a freshman scholarship in Penn State's College of Earth and Mineral Sciences. She was a contributor to Penn State's Renaissance Fund and the Philip and Virginia Walker Family Fund at the Centre Foundation. She was a member of Centre Hills Country Club for many years. She was a golf, swimming and bridge enthusiast. She is survived by a daughter, Page E. Walker of Colorado Springs, CO, sons John S. Walker (wife Linda) of Macungie, PA, and Lawrence "Larry" P. Walker (wife Karen) of State College, four grandsons, and two great-grandsons. She was preceded in death by her dear friend, Jack Hargleroad, in 2015. Services will be private at the convenience of the family, and burial will be at Spring Creek Presbyterian Cemetery. In lieu of flowers, memorial contributions may be made to the Philip and Virginia Walker Family Fund of the Centre Foundation, 1377 Ridge Master Dr., State College, PA 16803/centre-foundation.org. Arrangements are under the care of Koch Funeral Home, State College. Online condolences and signing of the guest book may be entered at www.kochfuneralhome.com or visit us on Facebook.

Share Your Memory of
Virginia
Upload Your Memory View All Memories
Be the first to upload a memory!