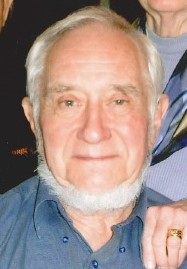 Bruce E. Knox died on November 2, 2020 at Foxdale Village in State College, PA. He was born on August 4, 1931 in Binghamton, NY, son of Roland J. Knox and Grace Sleeper Knox. Surviving are his wife Susan of State College, PA, sons Mark A. Knox (Miriam Poorman) of Hilo, HI and John M. Knox (Carol) of Costa Mesa, CA, daughter Kathleen K. Huey (Glenn) of Spring Mills, PA, 6 grandchildren and 6 great-grandchildren. Bruce graduated from Binghamton Central High School in 1949 where he was active in the school band and orchestra, as well as being active in the Boy Scouts throughout his youth. Bruce met Susan Marshall in the band, and they were later married in 1953. Bruce attended Rensselaer Polytechnic Institute with a full Navy scholarship. After graduating from RPI in 1953 with a BS in Chemistry, he was commissioned a 2nd Lieutenant in the US Marine Corps. As a Marine, he served in Japan and Okinawa as an instructor and practitioner in artillery. In 1956 the family moved to Syracuse, NY, where Bruce earned a MS in Chemistry, then on to State College and a PhD program in Fuel Technology. The rest of his career was at Penn State University in the Materials Research Laboratory. His passion was teaching. As well as courses in Materials Science, he taught a course in Humanities and several courses in the interdisciplinary program of Science Technology and Society. Professor Knox demanded high performance from his students, insisting that they demonstrate the ability to "think." He retired in 1991 as an Associate Professor. Bruce was an active member of the State College Presbyterian Church, as well as a "house church" called the Sycamore Community. During the 60's he met with members of other State College faith communities whose mission was to meet several unmet needs in the State College community and surrounding areas at that time. From these initiatives came the following two organizations still vital to the Centre Region – the Centre County Youth Service Bureau and Interfaith Human Services (formerly Ecumenical Mission in State College). Early in 2000 he and Susan joined the State College Friends Meeting. After retirement from Penn State, Bruce became an Emergency Medical Technician, active for 12 years with what is now Centre Life Link. He and Susan enjoyed world travel, sailing and scuba diving in retirement years as well. He loved spending time with his family and had a real soft spot for dogs. A Quaker memorial service will be held at a later date. Burial will be in the Graysville Cemetery at the family's convenience. Memorial contributions in Bruce's memory may be given to Centre County Youth Service Bureau, 325 W. Aaron Dr., State College, PA 16803. Arrangements are under the care of Koch Funeral Home, State College. Online condolences and signing of the guest book may be entered at www.kochfuneralhome.com.

Share Your Memory of
Bruce
Upload Your Memory View All Memories
Be the first to upload a memory!