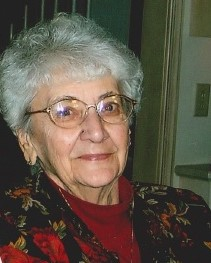 She was a former member of Wesley United Methodist church in Middletown. She was a brownie and girl scout leader, as well as a red cross swimming instructor for children and adults. Her hobbies included swimming, tailgating at Penn State Football games, ceramics, picnics, travel, especially to the beach and always looked forward to spending time with her grandchildren and great-grandchildren. She had a fondness for all animals, dogs and horses were her favorite.

She will be sorely missed and fondly remembered by her family and friends.

The family is especially grateful for the wonderful care provided to Lorraine by the Valley View doctors, nurses and staff.

Funeral service will be held at a later date.

Burial will be in Mount Carmel Cemetery.

Share Your Memory of
Lorraine
Upload Your Memory View All Memories
Be the first to upload a memory!