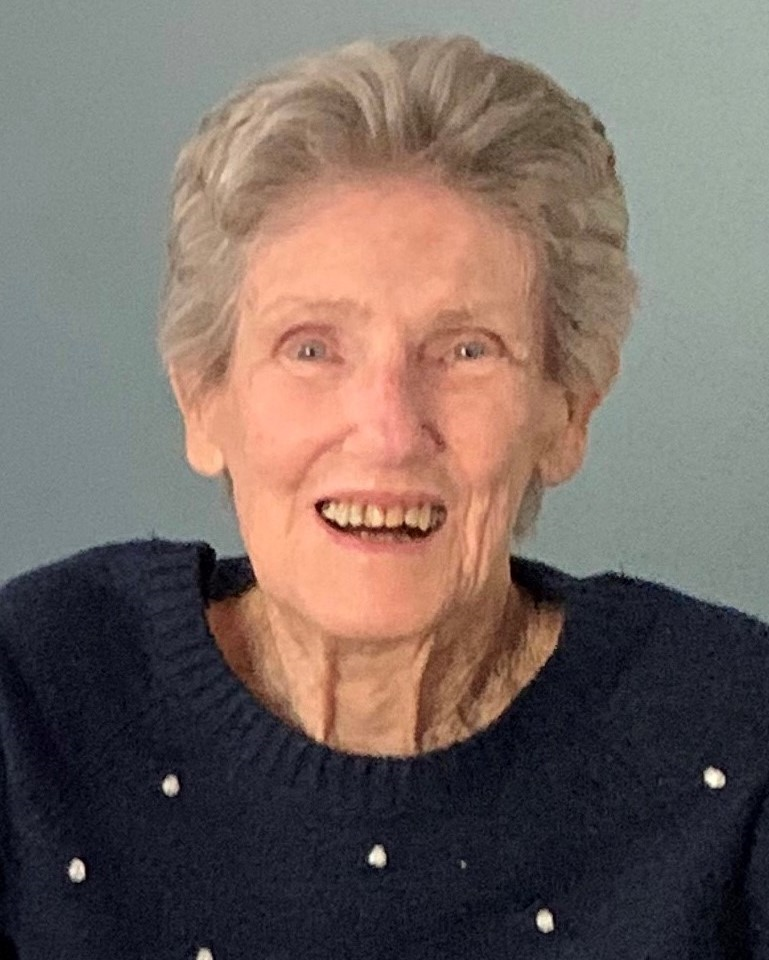 Janet Marie Hinish of State College was born January 22, 1925 to Clara and Harvey Emigh in Roaring Spring, PA., the second of two children. She passed away peacefully on November 10, 2020.

Janet graduated from Morrisons Cove High School in 1943. There she met her future husband and best friend, Wayne Hinish. Wayne and Janet married on March 17, 1946, lived for a short time in the South Pacific where he was stationed in the Navy, before moving to Oklahoma for a year and then settling in State College and the Penn State community.

Wayne and Janet had exciting travels together. In 1946 she traveled by ship through the Panama Canal to join him on Ebeye Island where he was stationed as a pilot in the U.S. Navy. They lived in Pakistan with their children for two years, toured Europe by car and made many trips to Florida to spend the winters with good friends and to the western US to visit their daughter, Pam. Janet worked for the Penn State Conference Center for several years running their audio-visual equipment.

Janet was a longtime member of the Park Forest Village United Methodist Church, having been one of its original members. She loved singing and sang for many years with the State College Chorale Society and her church choir. She was an avid golfer, playing in the Blue Course Woman's League and several leagues with her husband over the years. Janet loved reading, enjoying her book club and the Bible studies from her church. She participated in the Women's Works programs of the church and made many an apple pie and peanut butter egg for their benefits! Janet also loved to cook and experiment with new recipes from her Pennsylvania Dutch roots to exotic curries from her travels. In the Spring and Summer seasons you would find her happily digging in her gardens, whose beauty attracted many to stop and enjoy. But, most of all, she loved her family, relishing every moment with them.

Janet was preceded in death by her parents; brother, Fred; son, Jeffery; her grandson, Ryan Hinish; and her husband, Wayne. She is survived by her two children, Mark Hinish and his wife Laura of State College; Pam Hinish and her husband Tony Trumbly of Evergreen, Colorado; five grandchildren; Amy Tedesco (husband Michael) of Boalsburg, PA, Matthew Conner and Adam Conner, both of State College, PA; Scot Quick of Lakewood, CO; and Denise Buchanan of Sierra Vista, AZ; sisters-in-law Mary Lou and LouAnn Hinish; and brother-in-law, Joseph Hinish, all of Martinsburg, Pennsylvania.

Memorial contributions in Janet's name may be made to the Park Forest Village United Methodist Church at 1833 Park Forest Ave, State College, PA 16803 or The Muscular Dystrophy Association at mda.donordrive.com.

Due to Covid-19 restrictions, private burial services will be held for immediate family only at this time.

Share Your Memory of
Janet
Upload Your Memory View All Memories
Be the first to upload a memory!