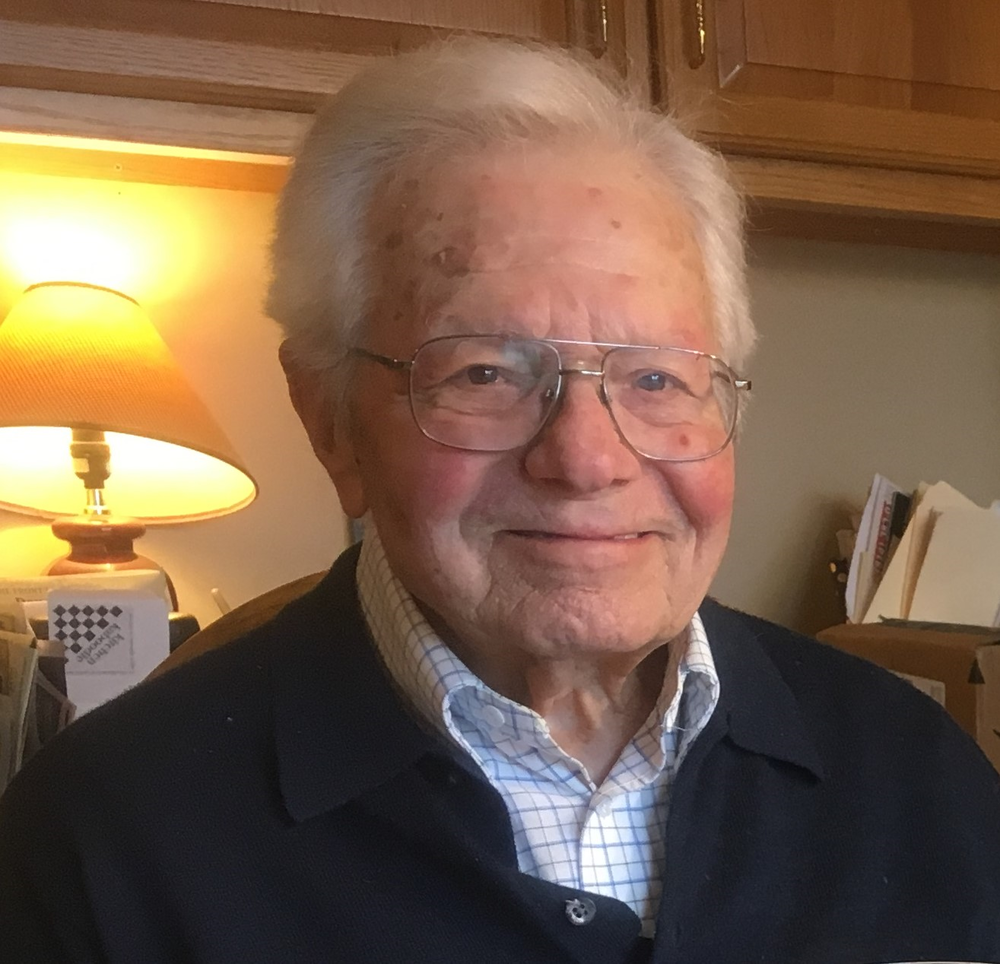 Paul W Schroeder Ph.D. was a distinguished historian, active Lutheran, devoted husband, father, sibling, grandfather and great-grandfather, and a man of many talents and interests. He died of septic shock on December 6th while in hospice at Foxdale Village, State College, PA.

Dr. Schroeder was born in Cleveland, OH, the third of eight children, to Elfrieda and Rupert Schroeder. After graduating from college he followed in his father's footsteps by becoming an ordained Lutheran minister. He met his future wife, Violet Doolin, in St. Louis, MO while at seminary and they married June 11, 1950. They had two daughters: Jan born in 1952; and Susan born in 1956. After several years as a pastor, he returned to academia, becoming a Fulbright Scholar in Austria, 1956-57, and a U.S. Steel Foundation Fellow, 1957-58, before attaining a Ph.D. in History from the University of Texas in 1958. (While in Austria the young family was often mistaken for Hungarian Revolution refugees.)

As a professor specializing in 18th and 19th century diplomatic history and international relations, he taught at Concordia Senior College, Ft. Wayne, IN 1958-63 and at the University of Illinois, Urbana-Champaign, 1963-1997. Throughout his career he received numerous prizes, honors and fellowships including: Senior Fellow, National Endowment for the Humanities, 1973; Fellow, Woodrow Wilson International Center for Scholars, 1983-84; Visiting Research Fellow, Merton College, Oxford, 1984; Jubilee Professor of Liberal Arts and Sciences, University of Illinois, 1992; Corresponding Fellow of the Royal Historical Society, 1997; Visiting Research Fellow, Mershon Center, the Ohio State University, 1998 and 2001.

He wrote five books: The Axis Alliance and Japanese-American Relations, 1941; Metternich's Diplomacy at its Zenith, 1820-1823; Austria, Great Britain, and the Crimean War: The Destruction of the European Concert; The Transformation of European Politics, 1763-1848; and Systems, Stability and Statecraft. Essays on the International History of Modern Europe. He also authored numerous scholarly articles, was an officer for many professional councils and associations, and sat on a number of editorial boards. An excellent teacher, lecturer and scholar, he was highly esteemed by colleagues and considered an expert in his field.

The intellectual life was not all that comprised Paul. He was man of deep faith and continued to preach occasionally at whatever Lutheran church he belonged to. He enjoyed playing tennis well into his seventies and built a private tennis court. He taught himself woodworking and construction and built a three-bedroom house. After retiring, he took up cooking and baking; his pies, tarts and banana bread were highly anticipated and enjoyed. He loved classical music, from Bach to Mahler, and had an extensive vinyl and CD collection. He read mystery novels for relaxation and kept up with current events until his final days. He had a fine sense of humor and loved Bob and Ray. Wordplay came naturally to him and he entertained his young daughters with nonsense rhymes and songs.

Paul was a man of great thrift but also great generosity. Being a good provider was paramount and his extended family all benefited from his monetary largess and his wisdom and counsel. He was especially proud and protective of his wife, Violet. They celebrated their 70th anniversary in June, a rare achievement.

The family would like to thank the staff at Mt. Nittany Hospital and Foxdale Village for their excellent and compassionate care of Dr. Schroeder.

Arrangements are under the care of Koch Funeral Home, State College. Online condolences and signing of the guest book may be entered at www.kochfunerlahome.com.

Share Your Memory of
Paul
Upload Your Memory View All Memories
Be the first to upload a memory!