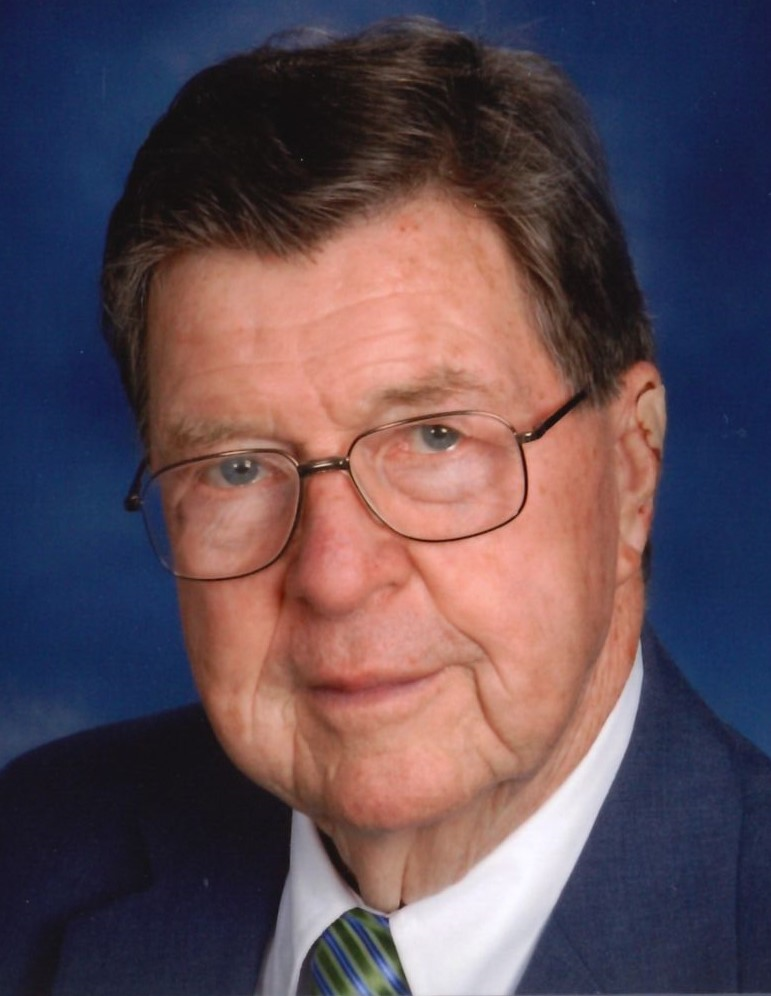 James Bower Smith, 91, of State College, died Sunday, December 27, 2020, at Foxdale Village, State College. Born January 12, 1929, in State College, he was a son of H.O. and Kathryn D. Bower Smith, who predeceased him. He married Anna Lee Madore, who survives, on February 19, 1995. He is survived by two sons: Steven W. Smith of Cape Coral FL, and Roger L. Smith of Morganton GA; two brothers, Charles H. Smith and Thomas L. Smith, both of State College; four grandchildren, Heather, Jenna and Lauren Roy, and Zachary Smith; as well as three great grandchildren, Braeden and Aden Roy, and Welhelm Sherwood. A daughter, Shelley Jo Smith Roy of Fuquay Varina NC, predeceased him. James was a 1946 graduate of State College High School. He earned a Bachelor's Degree from Penn State University in Architectural Engineering in 1950. He was a member of Beta Theta Pi fraternity. After college, he accepted a United States Naval Reserve commission as ensign and served on active duty on the minesweeper U.S.S. Pigeon-A.M. 374 during 1951 and 1952. He achieved the rank of full lieutenant before being transferred to Retired Naval Reserve in 1966. Following the death of his father in 1961, James became president of H.O. Smith & Sons, Inc. and its subordinate organization, State College Construction Company, serving in that capacity for 45 years until his brothers and he sold the business in 2006. He attended State College Presbyterian Church with his wife, Anna Lee. There will be a private, family-only service at Koch Funeral Home, with no public visitation planned. Burial will be in Spring Creek Presbyterian Cemetery, State College. Memorial contributions may be made to Centre Foundation at 1377 Ridge Master Drive, State College PA 16803. Online condolences may be made at www.kochfuneralhome.com.