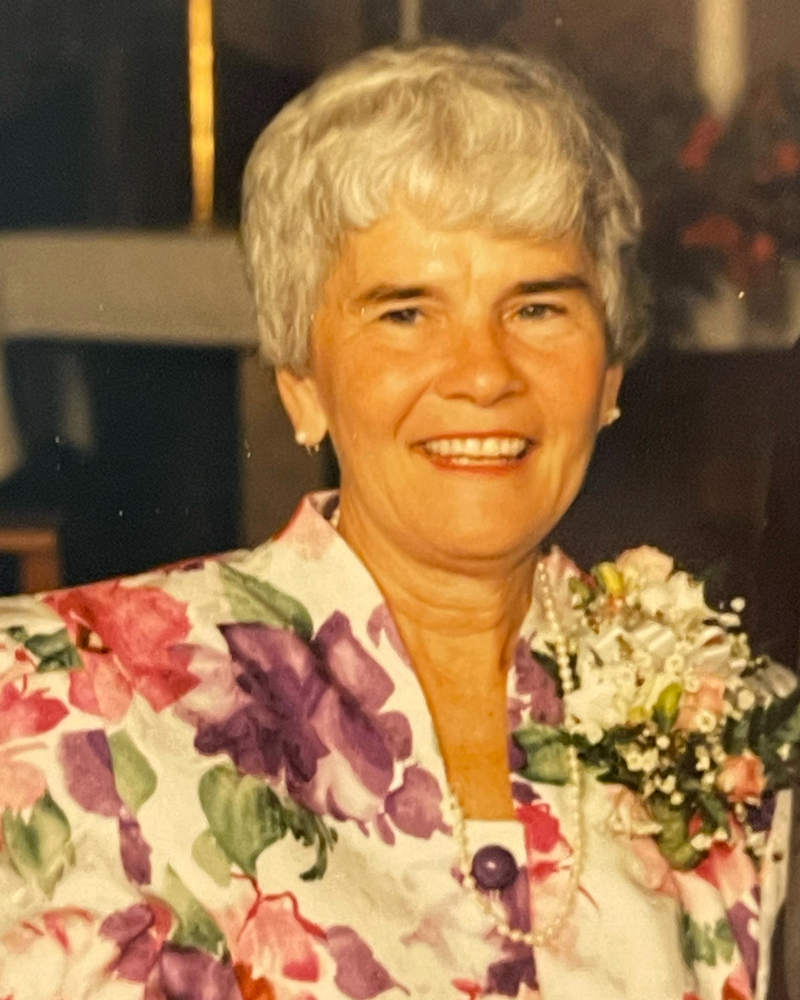 Born April 5, 1932, in Huntingdon, PA she was the youngest daughter of the late John M. and Marjorie A Smucker. Her brother, Dick, and sister, Jean preceded her in eternal rest.

Betty is survived by her husband, Warren, whom she married on January 9, 1954, after meeting as college freshmen their first week at Penn State. Betty was a Kappa Alpha Theta sister and a member of the homecoming court in 1953. After graduation, Warren and Betty moved to Pittsburgh, North Carolina and Detroit before returning to State College in 1957. Warren and Betty lived in the house her father built, and they attended Penn State and State High sporting events until her battle with MS required more extensive care at Juniper Village at Brookline.

Betty dedicated her life to her family. She was involved in her children's activities including teaching Sunday school and supporting youth sports and scouting. She is survived by her four children: Linda (Vince, dec.) Martinico; Dave (Sandra), Dan (Mary Jo) and Steve (Amy). She has 10 grandchildren: Jacqui (Chris) Anderson, Michael (Lina) Martinico, Andrew (Sian), Michelle, Alyson, Mari, J.D., Jack, Carly and Pete Haffner and five great-grandchildren. She also has many loving nieces and nephews.

She will be fondly remembered for her kindness and compassion for others and her hospitality to friends and strangers alike. Betty was an outstanding cook, a member of the State College Presbyterian Church and enjoyed hosting her State College coffee friends.

A service will be held later, at the discretion of the family. The family would like to acknowledge the compassion and efforts of her many caregivers over the last several years. In lieu of flowers, donations may be made to the Centre Volunteers in Medicine at www.CVIM.net.

Arrangements are under the care of Koch Funeral Home, State College. Online condolences and signing of the guest book may be entered at: www.kochfuneralhome.com.

Share Your Memory of
Betty
Upload Your Memory View All Memories
Be the first to upload a memory!