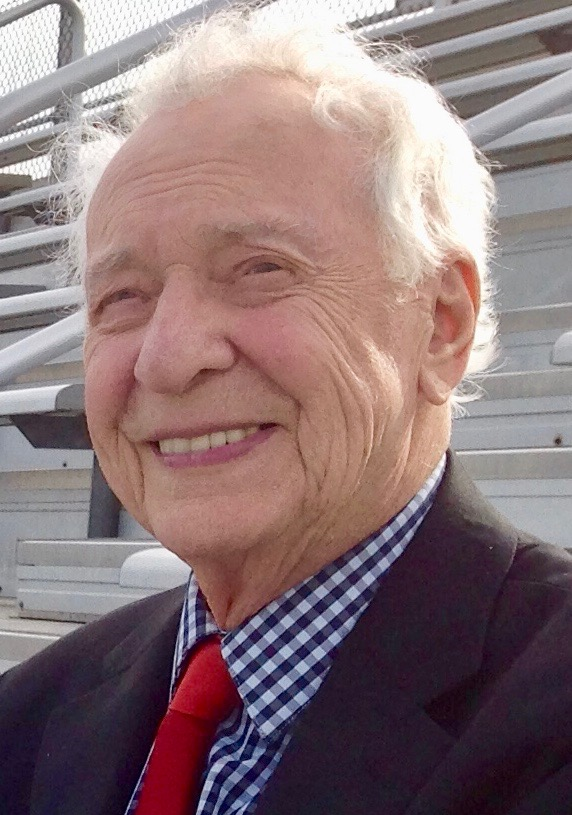 Martin W. Grieco, 99, of State College was an accomplished architect, devoted husband, father, grandfather and great-grandfather. He passed away at home on Jan. 11, 2021.

Mr. Grieco was born in Lock Haven, Pa., the youngest of seven children, to Vito Anthony and Catherine Byrne Grieco. He graduated in 1939 from Lock Haven High School and immediately joined the U.S. Army. After training at Camp Shelby, Miss. and Camp Sutton, N.C., Martin and other troops sailed on the Queen Elizabeth ship to Scotland. He served as a corporal in the First Battalion, 190th Field Artillery. His tour of duty spanned England, France, Germany, and Central Europe. Campaigns included D-Day invasion of Normandy and the Battle of the Bulge. He completed his military service in 1945.

Under the G.I. Bill, Martin earned a degree in drafting from the Williamsport Technical Institute. During the next decade, he worked with several State College area architects. He was a partner with Kennedy-Basom-Grieco Associates, which later became Architects and Engineers. In 1963, Martin earned his professional architectural license after successfully completing a multi-day exam administered by the State Architects Licensure Board.

Martin was a longtime member of the American Institute of Architects (AIA). An advocate of Mid-Century Modern architecture, he designed several buildings in State College during the 1960s and 1970s, including Centre Daily Times, Dale Summit; the original Houserville Elementary School; Centre Film Lab (now BioLife Plasma Services), and the addition to the Gentzel Building, which housed the Rathskeller and Spats Café. Throughout the state, Martin worked on schools and government buildings including the Pennsylvania Lumber Museum, Ulysses, Pa.

In 1974, Martin was an architect for the U.S. Department of Agriculture, in Laurel, Md. Some of his projects included solar energy projects for agriculture, which were ahead of their time. During the early 1960s, he designed and built a contemporary-style home in Houserville. He also created architectural designs for houses or additions for his children.

After retiring in 1983, Martin enjoyed cooking Italian food including ravioli, spaghetti, and salads with his special vinaigrette. One of his favorite guides was Rao's Cookbook, published by the famous Italian restaurant in New York City. He loved Big Band swing music including Tommy Dorsey, Frank Sinatra and Tony Bennett, as well as watching Penn State football and the Pittsburgh Steelers.

Martin met his future wife, Edna Coder, at the Piper Airplane factory in Lock Haven, where they both worked in airplane manufacturing. Married in 1948, they had three children, several beloved dogs, and celebrated 58 years of marriage until her death in 2006.

In 2011, Martin and Carolyn Holt were united in a commitment ceremony. They were active members of the Centre Region Parks/Rec Hiking Club and St. Andrew's Episcopal Church, State College. Martin was well known for his jokes, infectious laughs, and his farewell saying of "too-da-loo."

Martin is survived by Carolyn; his children: Greg Grieco and his wife Vicki Fong; Gayleen Pfile and her partner Tom Kobb; and Ginger Grieco and her partner Mark Brogdon; three grandchildren: Alicia Bogert, Lyndsey Ashley, Harley Grieco; four great-grandchildren; and many nieces, nephews and great-nephews. He also will be greatly missed by Ann Holt and Hisseine Djandabri, children Gabriel, Simone, and Ellie; and James and Amber Holt, children James and Evan.

Burial will be in the Boalsburg Cemetery. A celebration of life will be held later. Contributions in Martin Grieco's memory may be sent to St. Andrew's Episcopal Church Community Café or the Parishioners Ministry, 208 W. Foster Ave., State College PA 16801

Share Your Memory of
Martin
Upload Your Memory View All Memories
Be the first to upload a memory!