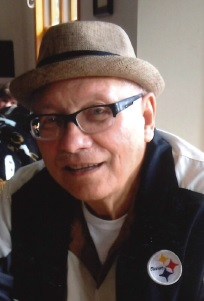 Sam was a graduate of the University of Cincinnati with a degree in Electrical Engineering.

Sam was Christian Orthodox by faith.

He loved science and physics.

Burial will be in Chapel Hill Cemetery, Weirton, WV.

In lieu of flowers, memorial contributions may be made to any Native American Indian Charity.

Share Your Memory of
Samuel
Upload Your Memory View All Memories
Be the first to upload a memory!