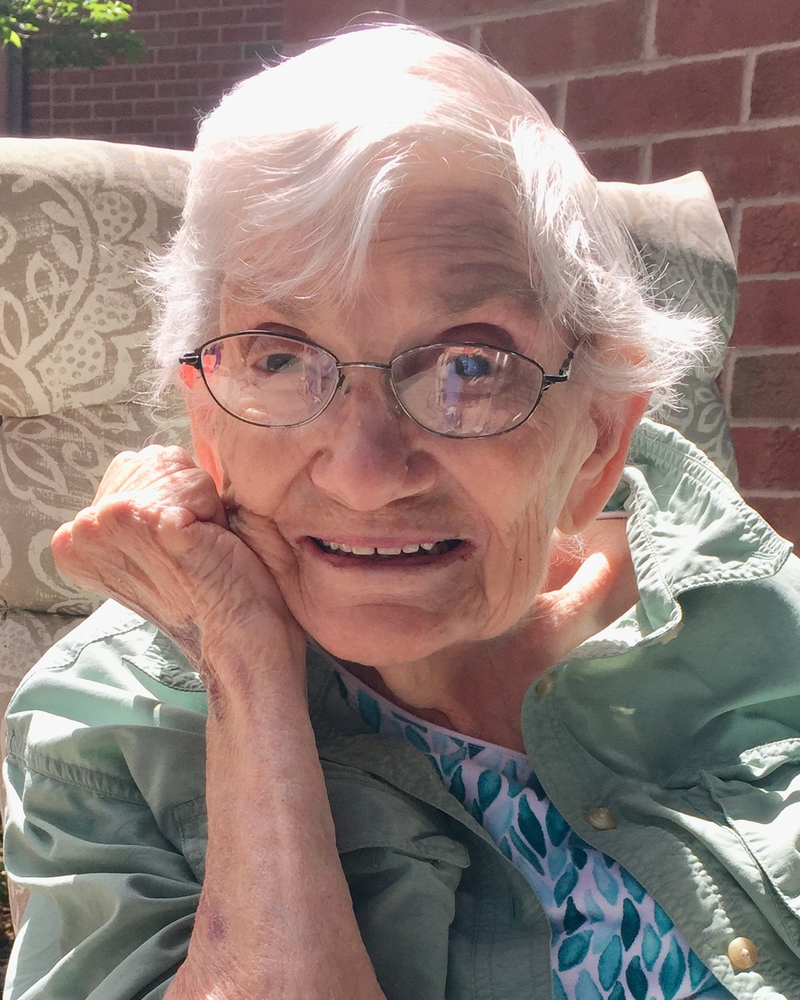 Born September 14, 1926, in Brooklyn, NY, she was the daughter of the late Frederick and Isabella Dunleavy Reichert.

She graduated from Jamaica High School in 1944. Her parents retired to a farm in Pennsylvania, which is where she met her future husband. On December 30, 1949 she married William Lewis Kjelgaard, and they lived in West Virginia before moving to State College. Bill preceded her in death on May 1, 2015.

Barbara was a homemaker. She loved cooking, and she was a knitter and seamstress as well as chief organizer of a busy and creative household. Her home was always a neighborhood hub. She worked as a clerk for the Danks Department Store for ten years. An active member of St. Andrew's Episcopal Church, she participated in many activities from Altar Guild and Compassionate Women, to special religious studies. She enjoyed volunteering at the International Gift Shop at St. Andrews.

Barbara and Bill enjoyed camping with family in Northern Pennsylvania, Maine, the eastern shore, the western states, and Canada. Barbara travelled overseas to France and Cyprus, and visited her mother's homeland Ireland.

After Bill's death she was active in the Senior Citizens Center and later resided in Elmcroft and Juniper Village Wellspring. After a hospital stay, she spent her last year at home with her family and in Hospice care. The family is particularly grateful for the extraordinary help of the many Center Crossings Hospice workers who delighted her and provided guidance to the rotating care provided by her children. She enjoyed virtual church services, singing, watching movies, and having her family around her.

The family is extremely grateful to all friends and family, here and gone, that touched and enriched her life and were in turn enriched by her. Her ashes will be installed in the Columbarium at St. Andrews Episcopal Church at a future date.

In lieu of flowers, memorial contributions can be made to the State College Meals on Wheels, P.O. Box 1235, State College, PA 16804.

Share Your Memory of
Barbara
Upload Your Memory View All Memories
Be the first to upload a memory!