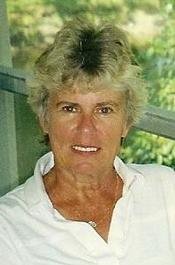 Helen Sue Litke Forman, 73, of State College, died unexpectedly at her home Tuesday, December 20, 2011. She was born November 16, 1938, in Philipsburg, a daughter of the late William W. and Helen S. Litke. She was a graduate of State College High School in 1956 and from Penn State in 1960 with a degree in Political Science. In 1962, she received her M.S. degree in Education from the University of Pennsylvania. Helen Sue married Lawrence S. T. Forman in August of 1962 while living in Bangkok, Thailand, teaching American History and English at MahaChulalonghorn University, also located in Bangkok. While her husband and family were residing there, he preceded her in death in April 1985, while acting as director of the Thailand-U.S.Fulbright Program. Helen Sue had, with her husband and children, lived for several years in Bangkok, Thailand, and in Kuala Lumpur, Malaysia. She had been, in addition to her early teaching years at Chulalonghorn University, an elementary teacher in the International Schools of both Kuala Lumpur and Bangkok. Her two sons attended these schools and Gregory, the eldest, actually graduated from the International School of Bangkok. Following her husband's death in Bangkok in 1985, she returned to the United States, and in 1987 began teaching elementary students at the Sanford School in Hockessin, Delaware. There she was especially known for training and entering superior math students in state competitions and for her expertise in world geography. Upon retiring from Sanford in 1997, she returned to State College to live. She was an avid reader, loved to dance, enjoyed her golf, loved "birding" and was an especially eager world traveler. She had set forth and traveled widely on all seven continents. Favorite spots, above all others, were Ladakh (in N. India), Bhutan, and Botswana. Helen Sue was preceded in death by both parents and by a sister, Marion Deck, of State College. She is survived by her two sons: Gregory Scott, of College Park, Maryland, and his wife, Hyosun, and Seth Thomas of State College. She is also survived by one sister, Donna L. Litke also of State College and a brother, J. David Litke of Bellefonte. Seven nieces and nephews along with many cousins also survive. Helen Sue was a member of the Protestant faith. Visitation will be from 6 to 8, Thursday, December, 29, 2011, at Koch Funeral Home, 2401 S. Atherton St., State College. The funeral and internment will be held at 11:30 A.M., Friday, December 30, 2011, at the Forest Baptist Church, Winburne, PA In lieu of flowers, memorial contributions may be made to: Toys for Tots, c/o Allstate Insurance, 1380 North Atherton Street, State College, PA, 16803.
To send flowers to the family or plant a tree in memory of Helen Forman, please visit Tribute Store

A Memorial Tree was planted for Helen
We are deeply sorry for your loss ~ the staff at Koch Funeral Home
Join in honoring their life - plant a memorial tree
Services for Helen Forman
There are no events scheduled. You can still show your support by sending flowers directly to the family, or planting a memorial tree in memory of Helen Forman.
Visit the Tribute Store
Print
Share A Memory
Send Flowers
Plant a Tree