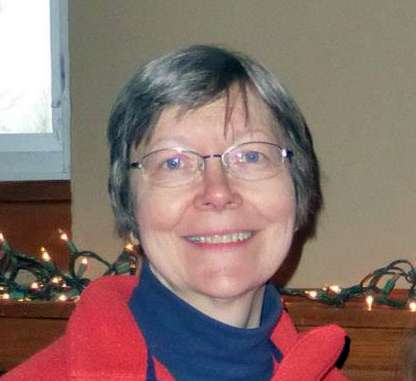 Sally McDermott, 68, of State College, passed away Friday, July 30, 2021, at home with her beloved husband by her side.

Born on December 30, 1952 in York, Pennsylvania she was the daughter of the late Wilbur and Helen Ruth Lehman.  On August 25, 1973 she married John McDermott, who survives.  She is also survived by two daughters, Emily Dykstra and her husband Doug of Bloomington, IN and Molly McDermott and her husband Matthew Shumar of Columbus OH; two granddaughters, Sophie and Grace Dykstra; four siblings, Wilbur Lehman Jr., Linda Price (Bill), Judy Berger (Hal), and Mike Lehman (Sarah); five nieces and one nephew.

Sally initially grew up on a small farm until the family moved into the old Beard's Schoolhouse that her father and older brother had renovated.  Her warm, generous, loving personality formed close family bonds with her parents and siblings, and later with her nieces and nephew.  She graduated from Spring Grove High School in Spring Grove, PA in 1970.  She then attended Penn State University, receiving her B. A. degree in 1974, majoring in French, with a minor in German and membership in Phi Beta Kappa.  Fifty years ago fellow Penn State student John McDermott had the good fortune of a chance encounter with Sally at a party off campus on October 16, 1971.  They became inseparable friends, and the rest is history.

Sally especially loved and took great pride in the lives and accomplishments of her two daughters and two granddaughters.  Those four women brought her great joy and happiness.  While raising her daughters, she returned to her chosen field of teaching, initially as a substitute teacher.  Her talents eventually led to her working for several years as a full-time middle school French teacher in Connellsville, PA before retiring and moving to State College in 2010.  She felt that one of the best decisions she and John made was to move to their lovely College Township home upon retirement.

Sally enjoyed a variety of music, teaching herself how to play piano.  Besides her interest in languages, she also enjoyed word games, word puzzles, jigsaw puzzles, and was a voracious reader.  She was a lover of nature and committed to protecting the environment.  She took great pleasure in gardening and was an ardent birder.  She also enjoyed hiking and could often be seen taking morning walks of three or more miles through State College Borough or on the Penn State campus.

Sally enjoyed her Penn State student experience and was passionate about the importance of the University Libraries.  For several years she and John made annual donations to the Libraries before finally deciding to establish the Sally and John McDermott Libraries Endowment.  In 2015 they were honored as Library Leaders.  Sally also was an avid fan of Penn State athletics, in particular football and Men's and Women's basketball, and attended numerous games every year.

A private celebration of life will be held at a later date.

In lieu of flowers, memorial contributions may be made out in memory of Sally to Penn State University (please indicate "Sally and John McDermott Libraries Endowment" in the memo section) and mailed to Penn State Donor and Member Services, 2583 Gateway Drive, Suite 130, State College, PA  16801.

Share Your Memory of
Sally
Upload Your Memory View All Memories
Be the first to upload a memory!