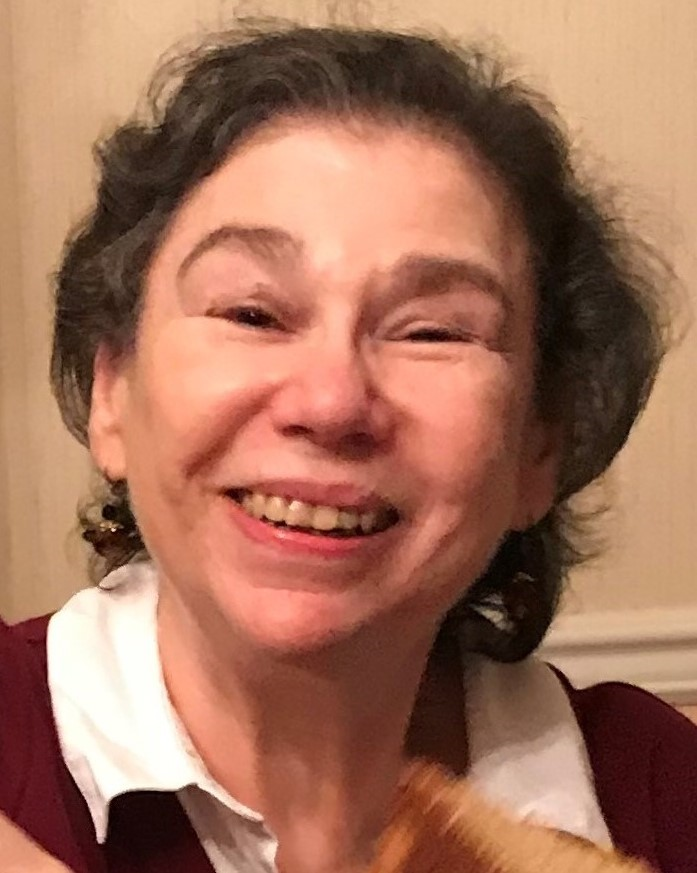 Trudy Edelist Lipowsky passed away on August 15 at the age of 74 after a valiant battle with cancer.

Trudy was born in Bergen-Belsen, Germany, to Isaac Edelist and Dora (née-Bieberstein) Edelist, both survivors of the Holocaust: Dora in Auschwitz, and Isaac in Bergen-Belsen. After surviving the horrors and loss of family and property, they met in the Displaced Persons Camp in Bergen-Belsen, where they married, had Trudy, and waited for somewhere to go. Finally, after three years, they were sent to the United States and moved to Bayonne, N.J.

Education was a driving force in Trudy's family. After work, her father went to night school to learn English. Trudy started school without speaking English, but she soon became fluent through immersion. Trudy graduated from Jersey City State College as a pre-med major with minors in chemistry and philosophy. Her parents insisted she go to college, even though they could not afford it. Trudy commuted daily while living at home and worked whenever she had time off from school to help pay the tuition. Following college, she attended graduate school at Columbia University's College of Physicians and Surgeons where she earned two master's degrees and a PhD in Pathology, while studying on a full scholarship and graduate student stipend. Upon completion of her graduate studies, Trudy did a post-doctoral fellowship at the University of Medicine and Dentistry of New Jersey and received fellowships from the National Institutes of Health and American Heart Association.

While at Columbia, she met the love of her life, Herb Lipowsky, who was a post-doctoral fellow in Physiology and subsequently joined the medical school faculty. Trudy completed her graduate studies in May 1981, and one month later gave birth to their son, Josh. They lived in Teaneck, N.J., until 1989 when Herb was recruited to Penn State to head the Bioengineering program. They fell in love with State College and felt it would be a good place to raise their son.

Trudy loved to travel and frequently accompanied Herb to scientific meetings in countries such as Israel, Turkey, France, Taiwan, Germany, England, Poland, Ireland, and Hungary, to name a few. Josh often joined them, leading to a love of travel.

Trudy was an avid reader and belonged to multiple book groups in State College. She loved to cook and entertain and enjoyed having friends over for sumptuous meals. Her extensive cookbook collection numbered in the hundreds—though she rarely followed the recipes and added many of her own touches.

Trudy was active in the community. She served on the board of State College Hadassah, overseeing the baked goods table for the annual food fair. She was also active in programming for Congregation Brit Shalom, and served on the auction committee for the annual Connoisseur's Dinner held by WPSU. She was a member of the American Association of University Women, and a judge and organizer of the annual Holocaust Writing Contest held in State College area schools. Trudy visited local high schools and grade schools to speak to students about the Holocaust and what it was like growing up as the daughter of Holocaust survivors. Trudy also served on the board of the Nittany Valley Symphony Guild, where her favorite activity was planning the guild luncheon prior to the concerts.

Trudy is survived by her husband and son. Donations may be made in Trudy's honor to Congregation Brit Shalom of State College, 620 E Hamilton Ave, State College, PA 16801. Family visitation will take place Thursday, August 19, at 11 a.m. at Congregation Brit Shalom, followed by a memorial service at noon at the synagogue and burial at Center County Memorial Park. The memorial service will be livestreamed at https://www.britshalomstatecollege.org/.

To send flowers to the family or plant a tree in memory of Trudy Lipowsky, please visit Tribute Store
Thursday
19
August

Share Your Memory of
Trudy
Upload Your Memory View All Memories
Be the first to upload a memory!
Share A Memory
Send Flowers