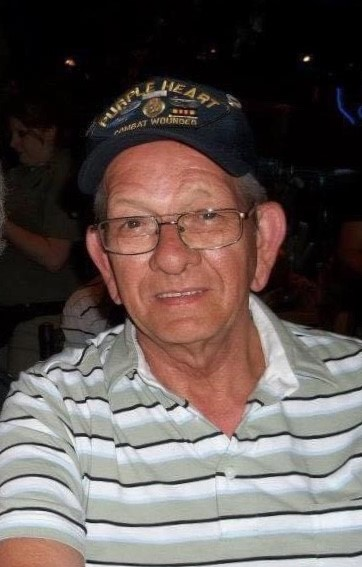 He was a 1966 graduate of Bald Eagle High School.

Bob retired in April of 2003 after 20 years as an Electronic Tech for the Central Intermediate Unit.

He was a member of the Halfmoon Christian Fellowship Church. He was also a member of the Boy Scouts, the Order of the Aarow, and Future Farmers of America. Bob was a former Halfmoon Township Supervisor, a United Methodist Lay Speaker and a 4-H Leader.

Bob was awarded The Army Commendation Medal for Heroism – Vietnam October 1969. For heroism with military operations in Vietnam. During a 6-day conflict he risked his life on numerous occasions. His keen aerial observations alerted ground troops to ambushes and contributed success of the outcome. His courageous actions, professional skill and exemplary devotion to duty are keeping the highest tradition of the U.S. Army and reflect great credit upon himself and his unit.

Bronze Star Medal April 1969 – April 1970. For outstanding service as a Team Leader against hostile forces in Vietnam, his rapid assessment of problems, sound judgement and extensive knowledge contributed to a successful mission in Vietnam. His loyalty, diligence and duty reflect great credit upon himself and the U.S. Army.

Air Medal – December 1969 to March 1970; two Purple Hearts 1969 due to being shot down in a helicopter while in Vietnam, wounded in the leg, and after recuperation returned to Vietnam for the remainder of his tour; two overseas- Bars; and an Expert Badge M-14 & M-16.

Bob was known for his Great sense of Humor. He could always make folks smile anytime. His gift of conversation and kindness was known by everyone he came in contact with.

His greatest loyalty and pride were serving God and his country, the love of his life was his wife of 52 years, daughter and grandsons. His grandsons thought he could fix anything and so did a lot of people. He always had 50's and 60's music playing while working or in the car.

Everyone in Centre County liked his hundreds & hundreds of Christmas lights. Neighbors said the lights dimmed in their houses when they turned on. He enjoyed camping, working in his shop, his zero-turn mower & mowing, watching his grandsons in whatever their activities they were involved in. Favorite eating places breakfast at The Waffle Shop or Perkins. His favorite stomping ground was Lykens in Port Matilda, hated their new coffee but liked visiting with everyone.

Visitation will be from 4 until 7 p.m., on Friday, August 27, 2021 at Koch Funeral Home, 2401 S. Atherton Street, State College. A second visitation will be from 10 until 11 a.m., on Saturday, August 28, 2021 at the Halfmoon Christian Fellowship Church, 1776 Halfmoon Valley Road, Port Matilda. Funeral service will follow at 11 a.m., at the church, with the Reverend Clayton Kessling officiating.

Burial will be in Black Oak Cemetery, Port Matilda.

To send flowers to the family or plant a tree in memory of Robert Neff, please visit Tribute Store
Friday
27
August