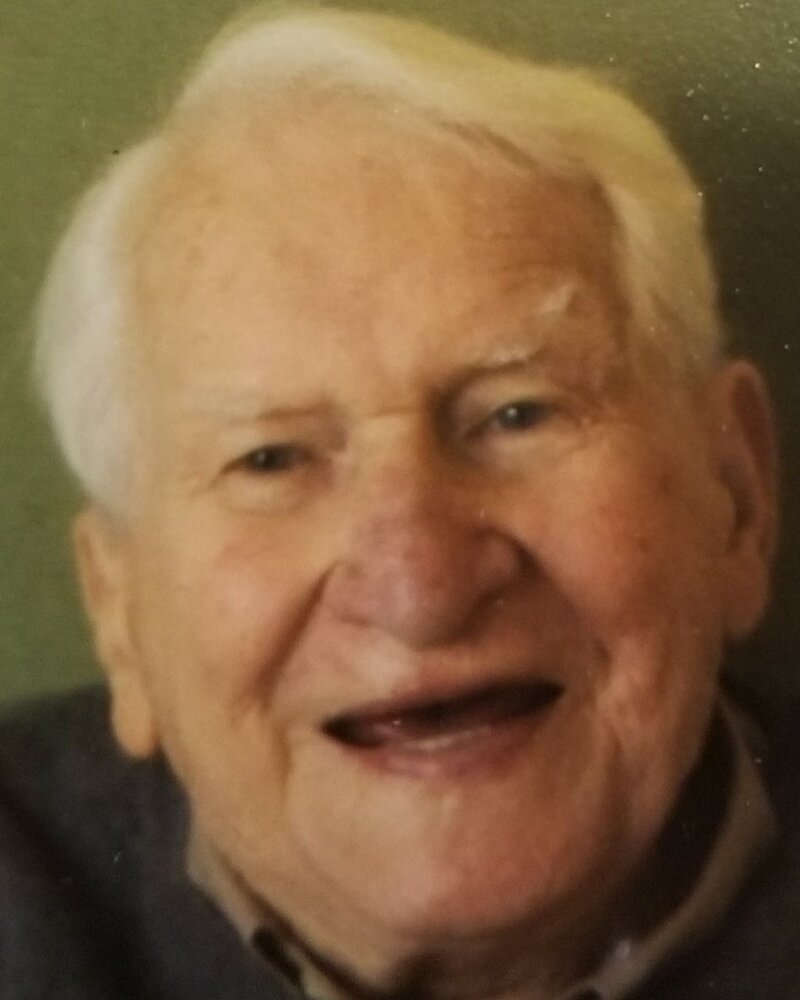 Emile Pierre "Perry" Roy Jr., 97, of State College, died September 8, 2021, in State College at the home of his son and daughter-in-law, Pete and Peg Roy.

He was proceeded in death by younger brother Donald Roy and two nephews, Donald and Brian.

Perry graduated from Carson Long Military Academy, New Bloomfield, Pa, in 1941, and then attended Pennsylvania State College (now Pennsylvania State University) for two years until he joined the United States Army. Perry was a United States Army European Theater combat veteran, serving for three years during WWII, and awarded the Purple Heart twice. After returning to Penn State, he graduated with a B.A. in Commerce and Finance in 1948. He was a proud member of the Sigma Nu fraternity. His lifelong employment was as a purchasing agent for the Atlantic and Pacific Tea Company, Philadelphia, retiring in 1982.

A private visitation for family will be from 4-5 pm on Friday, September 10, 2021 at Koch Funeral Home, 2401 S. Atherton St., State College. Public visitation will follow at the funeral home from 5-6 pm.

Interment will be in Highland Memorial Park, Pottstown.

In lieu of flowers, memorial contributions may be made in the memory of E. Pierre Roy Jr. to Our Lady of Victory Catholic Church at 820 Westerly Parkway, State College, PA, 16801 or the charity of your choice.

Share Your Memory of
Emile
Upload Your Memory View All Memories
Be the first to upload a memory!