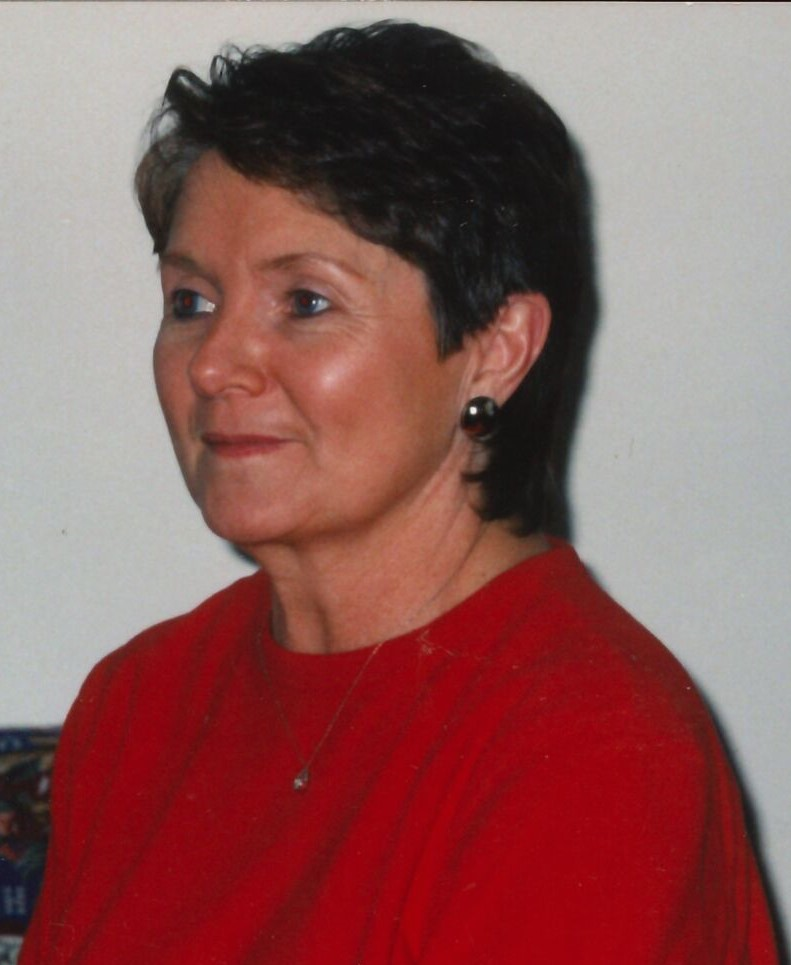 After a long and valiant battle with numerous health issues, Kathleen Hogan Powell, 73, of State College, was called to rest by her Heavenly Father on September 24th, 2021. She passed at home with her loving husband by her side. Kathleen was born in Uniontown Pa, on July 23, 1948, the third of six children of Marcella and Donald Hogan. She attended St. John's Catholic School. She married her loving husband, Douglas Powell, who survives at home, on March 17, 1979. Together they raised Erin Ruse (William Moir) of State College, Douglas, Jr. of Pittsburgh and Keith of Outer Banks, NC. They also shared a step-daughter, Shelby Wellstood (Ted) of Wellington, New Zealand. She was blessed with a grandson, Robert "Robbie" Moir, who became the new light of her life. In addition to her children, Kathie was similarly proud of her Irish Catholic roots and never failed to celebrate those roots with jewelry, scarves, tiaras, blinking lights or whatever else she could find that would bring a smile to the faces of those around her. She is survived by her siblings, Donald Hogan, Jr., and his wife, Johnetta, Robert T. Hogan and his wife, Marlene, Richard Hogan and his wife, Theresa, and Mary Murtha, widow of James Murtha. She was preceded in death by her sister Jacqueline Stark (Raymond) and Ellen Checton (Clarence). Numerous nieces and nephews survive. Kathleen devoted 39.5 years of teaching to the children of the Huntingdon Area School District. She taught kindergarten and first grade, first at Jackson-Miller Elementary in McAlevys Fort and later at Alfarata Elementary and Standing Stone Elementary before retiring in 2009. While there, she became active in the Pennsylvania State Education Association (PSEA), serving as a regional representative for many years. She worked tirelessly on issues to better serve all the children and teachers of Pennsylvania in addition to her own district. Her joy of teaching was only surpassed when she encountered one of her students as a happy, successful adult. Kathie was a long time "church lady" at of Our Lady of Victory where she will be sorely missed by her "church family." She was a charter member of the Catholic Daughters of the Americas, Court Blessed Madonna #2521, where she co-chaired the Education Committee. The ladies always looked forward to the times Kathie was in charge of refreshments for the month as she would channel her inner Martha Stewart and provide a snack worthy of being covered in Martha's magazine. Regardless of what she was wearing, hospital gown or her best outfit, Kathie was fully dressed only if she was wearing a watch, lipstick and had her nails painted red. She was about building people up and would often compliment strangers while out and about. Her philosophy was that compliments cost nothing and they made people feel better about themselves, so, why not? Arrangements are under the direction of Koch Funeral Home where a private family viewing was held. A Mass will be held at Our Lady of Victory Church, on Saturday, October 16th at 11:00am. Kathie will be interred in Boalsburg Cemetery at a later date. A celebration of life will be held next spring. Online condolences may be offered at www.kochfuneralhome.com. The family asks that in lieu of flowers, donations be made to Catholic Daughters of the Americas (CDofA), Court Blessed Madonna in care of Nora Chyle, 316 Gregor Way, State College, PA 16801.

Share Your Memory of
Kathleen
Upload Your Memory View All Memories
Be the first to upload a memory!
Share A Memory