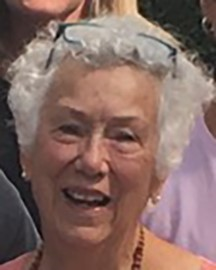 Born on August 31, 1938, in Truckee, California, she was the daughter of Arthur and Lillian Sistrunk. She married LCDR Richard Hunt in 1958 who passed away in 2019. Barbara is survived by four children: James, Douglas, Julie, and Cathleen; five grandchildren: Byron, Lauren, Thomas, Arthur, and Henry, and three great grandchildren: Orion, Phoenix, and Atlas. Barbara is also survived by her sister Maryanne Sistrunk Fitze, her brother-in-law, Greg Fitze, and her nephew Phillip F. Fitze and his daughter, Luna Faye.

Barbara graduated from Cal State Long Beach nursing program in 1974 and served as a dedicated nurse for over 50 years, serving at St Mary's Hospital in Long Beach, St Joseph's Hospital in Orange County, California, Washoe Medical Center and Tahoe Forest Hospital in the Truckee, California area; she worked as a patient advocate up until her death.

In addition to raising her family and working as a nurse, Barbara enthusiastically supported multiple charities including St Vincent De Paul, Reno Foodbank, Carmelite Monastery in Reno Nevada, Reno Assistance League, Greyhound Rescue, and advocated for anti-bullying campaigns directed at elementary-aged children. Most recently she worked and supported Matthew 25 at Church of The Good Shepherd in State College.

Barbara had a lifetime love of music and enjoyed playing the piano and singing for others. She supported multiple church musical ministries and youth musical ministries at Assumption Parish in Truckee and Our Lady of the Snows in Reno; she started and led the Children's Choir at Assumption Church for over a decade. Barbara loved singing with Bella Voce in Reno, Nevada and was able to travel to China with them in 2010 and compete in an international singing competition.

Barbara was a great mom, nurse, grandmother, musician and an inspiration to the community––she will be dearly missed.

A funeral mass will be held on Wednesday October 20, 2021, at 6:30 PM at Church of the Good Shepherd, 867 Gray's Woods Blvd, Port Matilda, PA 16870. Burial will be at Arlington National Cemetery at a date to be determined later.

In lieu of flowers, donations may be made in Barbara's name to the Central Pennsylvania Food Bank (www.centralpafoodbank.org).

Share Your Memory of
Barbara
Upload Your Memory View All Memories
Be the first to upload a memory!
Share A Memory