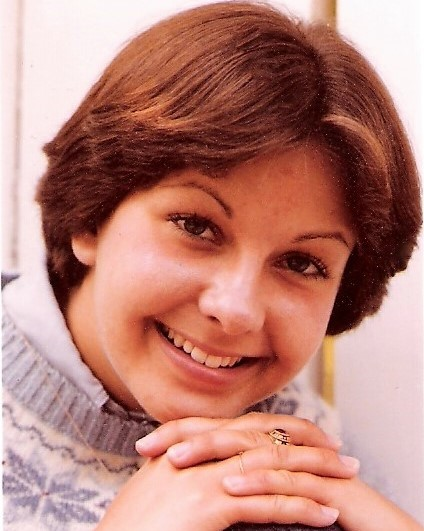 Gwen Kaufman Nese, age 62, of Boalsburg, PA, died peacefully at home on Tuesday October 19th, 2021, after a long illness. She was born on August 1st, 1959, at Geisinger Memorial Hospital in Danville, PA to Jack & Nancy Lee Bailey Kaufman. She was a 1977 graduate of West Snyder High School, Beaver Springs, PA, and in 1981 received a B.S degree from Penn State in Recreation and Parks.

On May 26th, 1990 she married Jon Michael Nese at Our Lady of Victory Church in State College, PA. She would frequently describe this as one of the best days of her life and always appreciated the irony of it raining at the weatherman's wedding.

She is survived by her husband of 31 years as well as sons John A. Nese of Boalsburg and Robert Nese and his wife Alyson of Lemont, daughter Kate Nese of West Lafayette, IN, father and stepmother Jack and Sandi Kaufman of Beavertown, PA, stepbrother Eric Stone and his wife Cathy of Beavertown, PA, stepsister Ginger Hoover and her husband Jeff of Huntingdon, PA, mother-in-law Marlene Nese, brother-in-law Glenn Nese and his wife Ladonna, sister-in-law Kathleen Hoagland all of Steubenville, OH and sister-in-law Mary DiSilva and her husband David of Wallingford, PA, seven nieces and three nephews. She also leaves behind her constant companion Hayley, a rescued Jack Russell Terrier.

She was preceded in death by her beloved mother, Nancy Bailey Scholl, step-father Delbert Scholl, and father-in-law John C. Nese.

By her count, Gwen lived in 13 different zip codes and had 31 different addresses in her life. In that time, she enjoyed a wide variety of jobs that included working for many YMCAs and recreation facilities, a stint with the Pittsburgh Pirates, and a slew of positions at Penn State including jobs in Residence Life, Alumni Affairs and Athletics. She cherished the friends she made along the way and all of the happy times she enjoyed with others. Her time with the Penn State Lion Ambassadors – where she garnered several national awards – was one of the highlights of her career, but her favorite job was that as wife and mother.

She was a member of Our Lady of Victory Catholic Church, the Nittany Lion Club, the Obelisk Society, a Lifetime Member of the Penn State Alumni Association, a former co-leader for a Brownie Troop of the Girl Scouts of America, and a co-founder of the Mount Nittany Literary and Grilled Sticky Society.

Gwen loved Penn State sports, particularly women's soccer, field hockey, and women's gymnastics, where she was twice chosen for service awards. She loved listening to music, baking pizzelles, making others smile, and studying genealogy – her detailed work on Ancestry is legendary across all branches of our family trees and has even reunited several distant family members.

Visitation will be held at Koch Funeral Home, 2401 S. Atherton St., State College, from 1-4 PM on Sunday, October 24th. The family requests that masks be worn during the visitation.

A mass of Christian burial will be celebrated at 10:30AM on Monday October 25th at Our Lady of Victory Catholic Church, 820 Westerly Parkway, State College with Father Matthew Laffey officiating.

In lieu of flowers, contributions may be directed to Penn State Lion Ambassadors at alumni.psu.edu, Operation Smile at operationsmile.org, Camp Mount Luther at campmountluther.org/give, or Muscular Dystrophy Association at mda.org. You can also honor Gwen's memory by adopting/rescuing a pet, being kind to others, and respecting Mother Earth.

Share Your Memory of
Gwen
Upload Your Memory View All Memories
Be the first to upload a memory!
Share A Memory