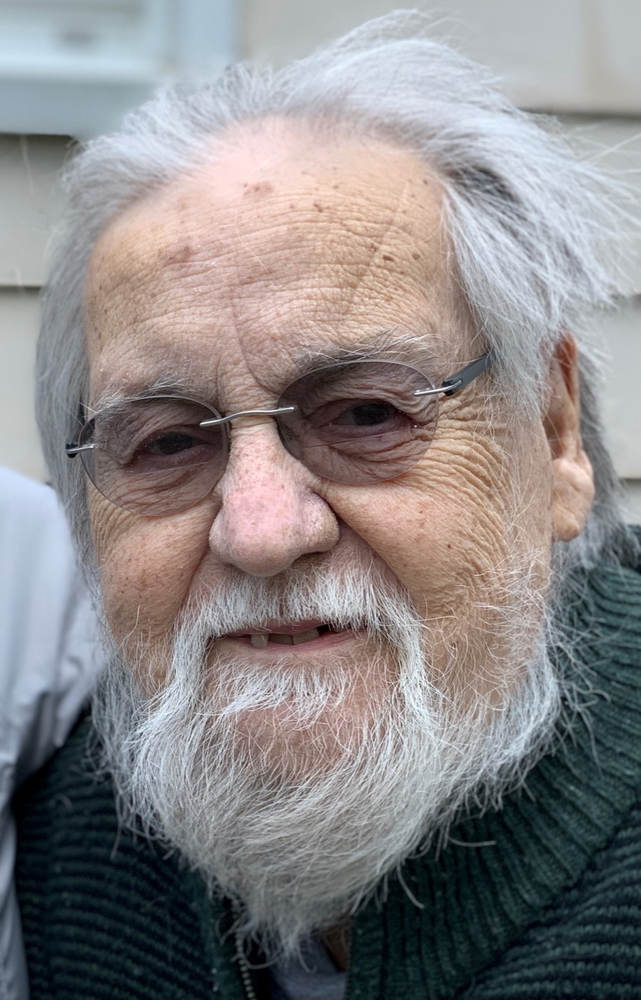 Allan "Oz" Osborne died peacefully at Centre Care Nursing Facility in Bellefonte PA, on October 22, 2021, after a long illness. He was born on January 20, 1938, in Winchester MA to Warren and Kathryn Osborne. He attended Winchester High School during which time he became an Eagle Scout and a decorated cross-country runner, winning the New England and state championships in 1955. He remained life-long friends with fellow team members and always fondly remembered Mr. Morse who mentored him in both sport and theatre.

Oz attended Brown University, graduating in 1960 with a BA in English. Post-graduation, Oz began his teaching career at Middlesex Academy in Concord MA. He met his wife, Deborah Baldwin, when she was set up as a friend's double-date - a story they both loved to tell. Together, they moved to Elgin, IL, where Oz spent the next seven years building the theatre program and teaching English and Drama at the Elgin Academy. While there, he completed his MA in Theatre at Northern Illinois University and welcomed his two daughters.

In 1972, Oz moved his young family to North Carolina where he taught briefly at Shaw University before settling in Williamston, NC. The small, rural setting was an unexpectedly fertile ground for his talents as a director and teacher. He developed a highly successful theater program for the high school, cultivating and mentoring scores of young people, with a special eye to the outsider and underdog. He founded the locally beloved Martin Community Players and spent a quarter century as its artistic director. His legacy there is measured in the love of his former students and the tenacity of the community in keeping MCP alive.

Oz retired to Bellefonte PA with Deb in 2006 to be near his children and grandchildren. During his retirement he continued to be active in local theater, finding particular pleasure in readers theatre even as his physical powers ebbed. In his final years, his greatest joy was found in his family, and he loved to watch his grandchildren pursue athletics and performing arts.

Oz was an inspirational teacher and director known for his creativity, tenacity, and fondness for a story. He was not afraid to pursue his passions, to speak his opinions, or show his love. Beloved by many, disdained by a few, he was a dominating presence and will be missed. Above all he loved his family fiercely and unconditionally; and was a loyal friend and mentor to many.

Oz is pre-deceased by his parents and his sister Elizabeth Cousineau. Survived by his wife Deborah of 56 years, his daughters Heather (Vincent Duane) and Caitlin (John Austin); his grandchildren Ava and Ian Duane and Patrick Osborne; and his sister Susan Boissoneault (Richard) and niece Kathryn and nephews Steven, Brian and Paul.

Private funeral services will be held at Saint Andrew's Episcopal Church in State College. A public memorial service is planned for the spring of 2022.

Memorial contributions may be made to the Martin Community Players martincommunityplayers.weebly.com/donate.html (Williamston, NC) or the Next Stage Theatre, Inc. https://www.nextstagetheatre.org/ (State College, PA).

To send flowers to the family or plant a tree in memory of Allan Osborne, please visit Tribute Store

A Memorial Tree was planted for Allan
We are deeply sorry for your loss ~ the staff at Koch Funeral Home
Join in honoring their life - plant a memorial tree
Services for Allan Osborne
There are no events scheduled. You can still show your support by sending flowers directly to the family, or planting a memorial tree in memory of Allan Osborne.
Visit the Tribute Store

Share Your Memory of
Allan
Upload Your Memory View All Memories
Be the first to upload a memory!
Share A Memory
Send Flowers
Plant a Tree