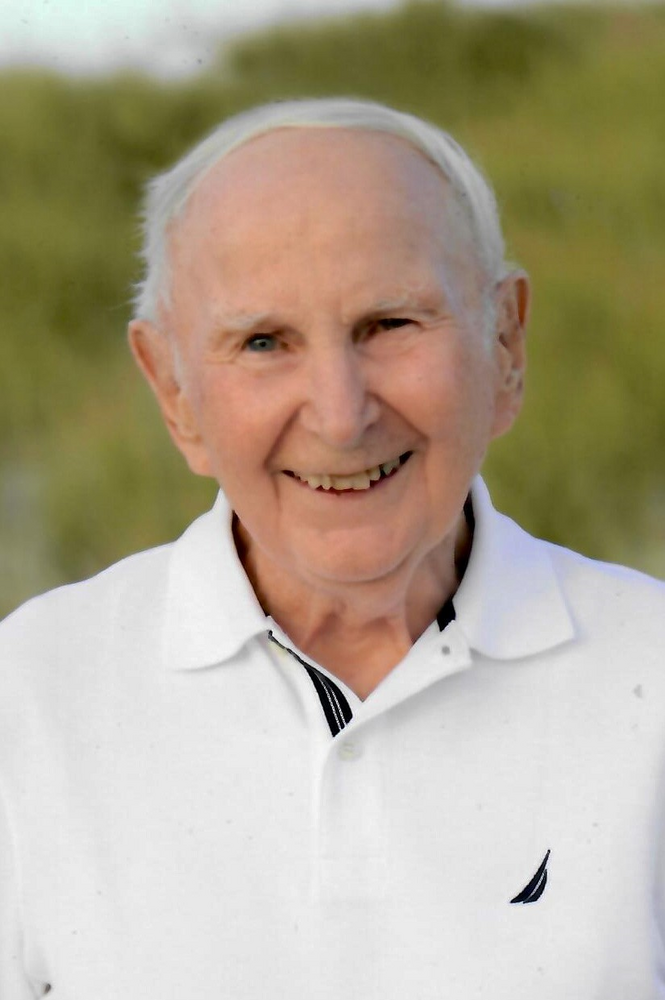 Edward S. Peetz died October 28, 2021 in Arlington, VA at the age of 96. As a retired resident of State College for the last 38 years, Ed enjoyed golf at the Blue & White courses, handcrafting wooden toys, attending PSU sporting events, gardening, traveling, and spending time with his family.

Ed was born in Pittsburgh, PA on December 19, 1924 to George E. and Viola [Krafeld] Peetz. He was raised in the Oakland neighborhood, which provided what he described as a perfect childhood; he claimed 12 years of perfect attendance in the Pittsburgh school system, and graduated from Schenley High in 1942. He remained an enthusiastic Pirates and Steelers fan throughout his life. From there he enrolled at Penn State, interrupted by three years of Army service for WWII, graduated in 1949. There he met the love of his life, Frances Wilson, to whom he was married for 61 years.

He spent his 32 year career in the National Park Service in Richmond, Philadelphia, and Washington. He was involved in many of the formative planning projects for NPS: the initial survey of St. John which led to the creation of Virgin Islands NP, plans for the Centennial of Civil War parks, and was lead manager for the Gateway National Recreation Area in New York City area. His love of the National Parks was passed down to his family.

Donations may be made in his name to National Parks Conservation Association (www.ncpa.org), National Park Foundation (www.nationalparks.org), or a cash donation next time you visit one of "America's Best Idea" parks.

Many thanks to his doctors at Mount Nittany Medical Center, and the care given to him while at Encompass Rehab and Home Instead.

Arrangements are under the care of Koch Funeral Home, State College. Online condolences may be made by visiting www.kochfuneralhome.com.

To send flowers to the family or plant a tree in memory of Edward Peetz, please visit Tribute Store
Saturday
6
November