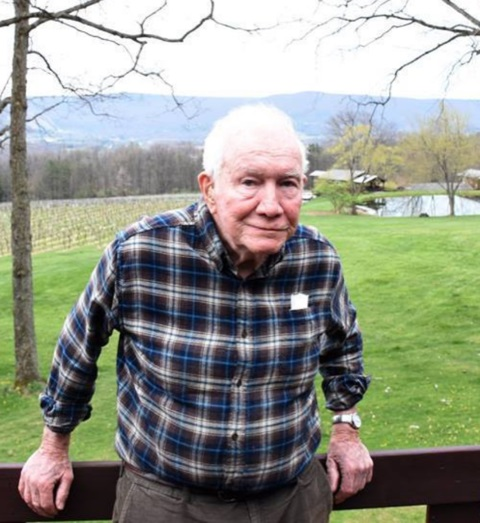 Joe grew up in Knightstown, Indiana and graduated from Westtown School, Westtown, PA. He earned a B.S degree in Mechanical Engineering from Swarthmore College in 1953, and a masters and doctorate degrees in Business Administration from Indiana University. He served in the Navy during the Korean War, as a Lieutenant on a destroyer in the Pacific.

In 1955, he married Elizabeth Ann Johnson, who survives. Joe came to Penn State in 1965 as an associate professor of business logistics. In July, 1969, he served as head of the transportation systems division of the Pennsylvania Transportation and Traffic Safety Center. He became a professor of business administration in 1976 and retired emeritus after 26 years of service in 1992.

Joe was a true Renaissance man. In addition to being a scholar, he was an outstanding athlete, having played soccer, baseball, and basketball at Swarthmore College; he is still on record for basketball as being one of their all-time top scorers. A civic-minded man, he was a biddy league soccer coach, school board member, township supervisor, and community activist who also had his private pilot's license. His talents included music and he played the baritone in the Little German Band. He had an impressive assortment of musical instruments in his home, including recorders, ukulele, guitars, harmonicas, an accordion, organ, and piano.

While still working at the University, Joe honed his winemaking skills, making wine in the basement of his Park Avenue home before moving to the 60-acre property on Mount Nittany that would become his and Betty's home for the next 30 years - and the location of Mount Nittany Vineyard & Winery. They operated the winery until 2016 when they turned the operations over to their daughter, Linda, and her husband, Steve.

Joe was a much-admired man who was not afraid to take a stance for something he believed in. He will be very much missed by his family and friends.

A private burial will be held at Spring Creek Cemetery. A memorial mass and a Celebration of Life at Mount Nittany Vineyard & Winery will occur in the spring of 2022. Donations in Joe's memory can be made to Mount Nittany Conservancy and Centre County PAWS.

Arrangements are under the care of Koch Funeral Home. Online condolences may be made by visiting www.kochfuneralhome.com.

To send flowers to the family or plant a tree in memory of Joseph Carroll, please visit Tribute Store

Share Your Memory of
Joseph
Upload Your Memory View All Memories
Be the first to upload a memory!
Share A Memory
Send Flowers