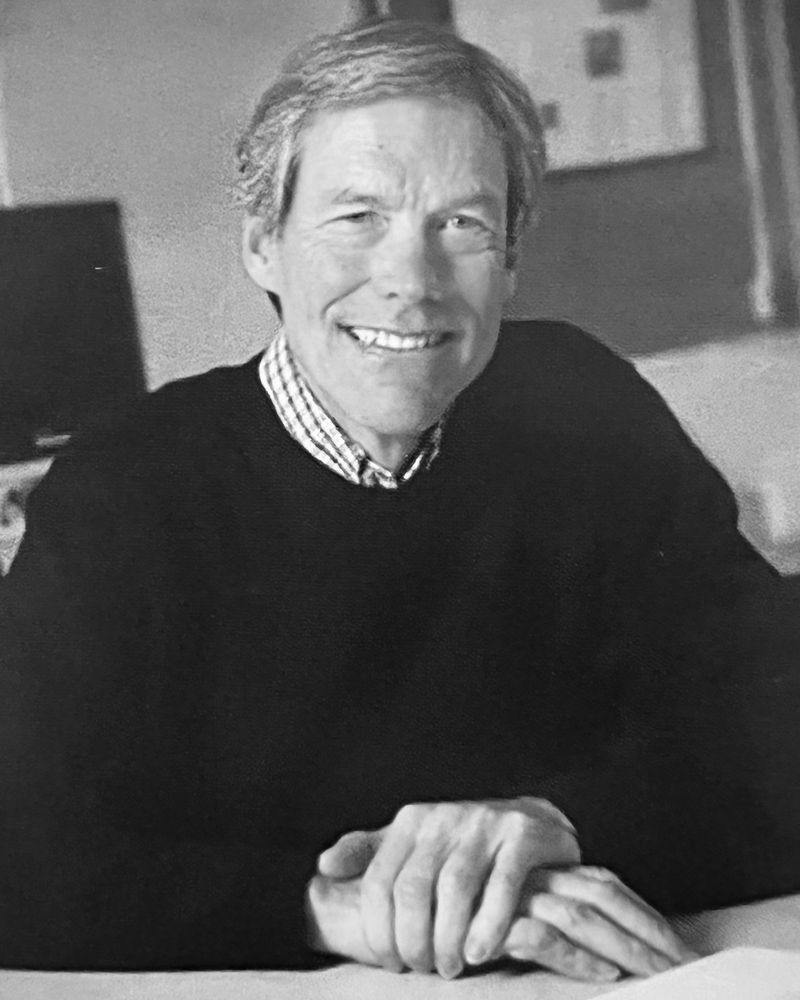 Dan T. Stearns left this world on November 6, 2021. His battle with cancer ended peacefully at his home, while surrounded by his loving family. Born October 1, 1951, he was the son of Dan W. (deceased) and Anna Stearns. A native of State College, he spent wonderful years building his career in New York, North Carolina and Massachusetts as a Landscape Architect, US Forest Service Administrator, and successful business owner. Dan is survived by his wife, Melinda Morgan, whom he married in 1977 and sons Andrew (Lindsey) in Salida CO and Evan (Kellie) in State College. His biggest smiles in the last 5 years had been reserved for his beloved grandchildren Hannah, Reid, Quinn, and Sydney. He is also survived by sister Diane Stearns, niece Julie, and nephew Matthew.

Dan is Penn State Professor Emeritus of Plant Science and he was honored to be the J. Franklin Steyer Professor of Horticultural Botany. He helped to build the successful and well-respected Landscape Contracting program beginning in 1989. He received his degrees from Penn State and North Carolina State. He influenced hundreds of Landscape Contracting graduates who have continued to reach out to him for advice and friendship many years beyond graduation. His philosophy about teaching was simple; "Teaching is a partnership. The role of the teacher is to help students explore and to teach them to learn, to get them excited about learning". While Dan won numerous Penn State and national awards including the Milton S. Eisenhower Award for Distinguished Teaching and the Educator of the Year Award from the National Landscape Association, his most treasured accomplishment was raising loving and successful sons who have become wonderful fathers. His son Evan, a former student of Dan's, recently stated "The size of heart required to care so much about his students and still have so much love for his family is a very rare thing."

Dan was a lifelong musician. His love for music began at a young age and continued throughout his life as he created music and friendships along the way. His talents spanned multiple instruments and although he enjoyed playing for many, his favorite audience in recent years has been his grandchildren, who will miss his silly songs. His love for music was matched by his love of the outdoors. Whether on bicycles, skis, sailboats, canoes, or simply enjoying a creekside happy hour, his passion for enjoying nature created lifelong friendships and memories. Melinda and family look forward to continuing the adventures with Dan's spirit in their hearts.

At his request, in lieu of a formal service the family will plan a spring celebration of life. Dan asked that he is remembered by his friends, colleagues, students, and family members by enjoying special outdoor time with their loved ones. To honor Dan's memory, donations will be accepted for the Dan T. Stearns Landscape Contracting Program Endowment in the College of Agricultural Sciences, https://raise.psu.edu/StearnsProgram.

Share Your Memory of
Dan
Upload Your Memory View All Memories
Be the first to upload a memory!