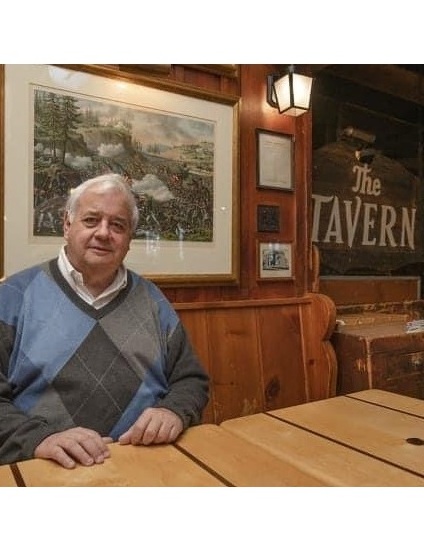 Born March 8, 1946, in Charlottesville, VA, and grew up in Waynesboro, VA. He was the son of the late Joseph Wilson and Dorothy Kellog Daugherty. On December 7, 1983 he married Ruth I. McNew, who survives.

In addition to his wife, he is survived by two children, Samuel J. Rice and his wife Diana of Streetman, TX, and Dawn Renee Daugherty and her husband Thomas Ring of Bellefonte; one nephew, Joseph Wilson Kavadas of St. Louis MO; and seven grandchildren, Dominique Egbers, Samuel Jared Rice, Jeremy Console, John Rice, James Rice, Davion Rice, Savannah Ring and Thomas Ring. He was preceded in death by a grandson, Krushun Rice; his Aunt, Jean Daugherty and Uncles, Jack and Duffy Daugherty as well as a sister, Janet Drysdale. Her husband Charles of Port Angeles, WA survives.

Patrick graduated from Waynesboro High School in Waynesboro, VA in 1963. He earned his bachelor's and master's degrees from Penn State University in Civil Engineering. He began his career as a Restaurateur in 1979 when he purchased The Tavern Restaurant. Early in his career he worked as a civil engineer for Nassau Hemsley Engineering in Chambersburg, and for Glenn O. Hawbaker, Inc. in State College. He served as a Captain in the United States Army National Guard.

He was a past President and board member of The Pennsylvania Restaurant & Lodging Association, and was the Renaissance Man of the Year in 1999, and was a member of the Downtown Improvement District. He received the James Madison Award for Civility in 2019. He enjoyed golfing.

Visitation will be 1-4 p.m. and 6-8 p.m. on Sunday, November 14, 2021 at Koch Funeral Home, 2401 S. Atherton St., State College. Memorial service will be 2:30 p.m. on Monday, November 15, 2021 at the Deans Hall at the Penn Stater at Innovation Park with Jackie Naginey Hook officiating. To view the livestream of the service, visit Patrick's obituary page at kochfuneralhome.com and click on the "view service" tab on the left.

Burial will be in Northern Cambria (Barnesboro) in the Spring.

Share Your Memory of
Patrick
Upload Your Memory View All Memories
Be the first to upload a memory!
Share A Memory