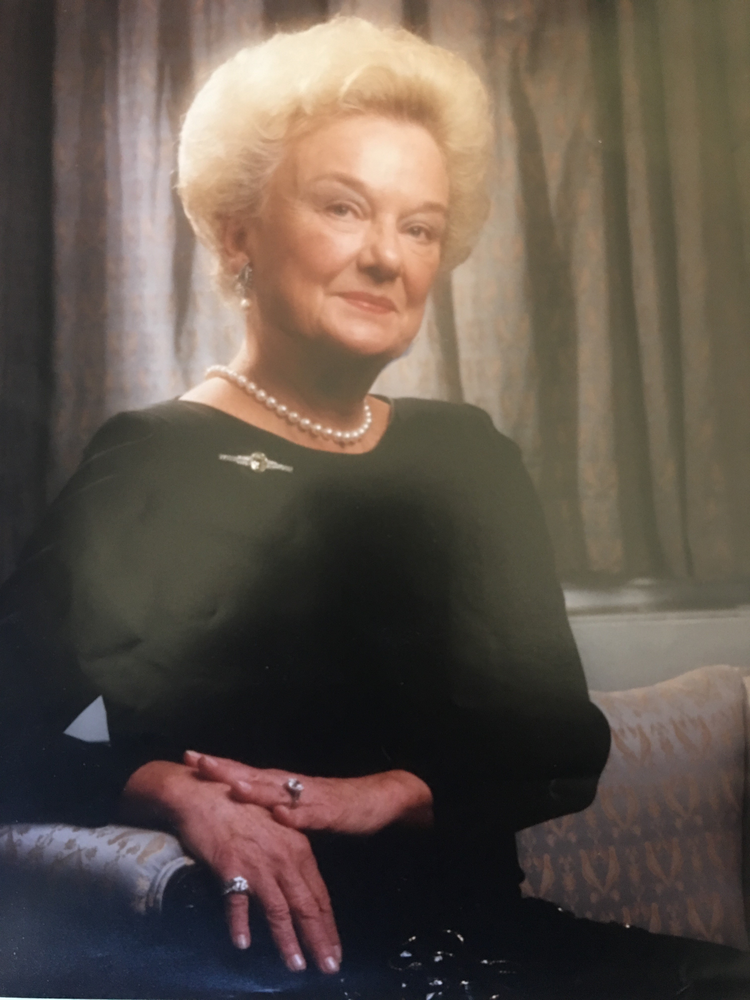 Joan was born in Buffalo, NY on April 22, 1929 and grew up in the Buffalo area. She attended Sullins Academy in Bristol, VA and Mary Washington College in Fredericksburg, VA. She met her husband in 1951 and they were married on October 17, 1953.

Shortly after they were married, Joan and Bill moved to Wiesbaden, Germany while he was serving his ROTC commitment with the Air Force. After returning to the states, they moved back to Buffalo for Bill to return to work at Merrill Lynch. In 1968 they settled in Princeton, NJ where they lived for 45 years.

Joan was the quintessential party planner and gift giver. She annually made her renowned brandied cranberries for friends and family over the holidays. For years she made her famous sour cream coffee cakes for the annual Princeton Hospital Auxiliary Christmas Bazaar. She chaired both the Car Raffle and the Dinner Dance for the annual Hospital Fete. She was an active member of the Junior League, was on the board at Nero Psychiatric Institute, was a patron at Morven, and was a long-time member of Trinity Episcopal Church in Princeton.

During Bill's career at Merrill Lynch, Joan had the honor of meeting several US Presidents, many foreign dignitaries, and Pope John Paul II. Their travels took them to every continent, except Antarctica.

Joan and Bill strongly believed in higher education and were the lead benefactors for the Pennsylvania State University's Schreyer Honors College.

She was predeceased by her fraternal grandparents T. Arthur and Maud (Bardgett) Legg; her maternal grandparents William Frederick and Ida (Schwable) McDonald; her parents; her husband in 2011; and her son-in-law, Rodney Frazier, in 2015. She is survived by her daughter, DrueAnne Bardgett Schreyer of State College, PA; grandchildren Kelly Frazier and her fiancé Michael Zalewski of State College, PA; and Charles Frazier and his wife Ariana Ramos of San Diego, CA.

Celebrations of Joan's life will be held in Princeton and State College in the new year. Joan will be interred with her husband in a private service. In lieu of flowers, donations can be sent to the Schreyer Honors College at http://raise.psu.edu/schreyer

Share Your Memory of
Joan
Upload Your Memory View All Memories
Be the first to upload a memory!
Share A Memory