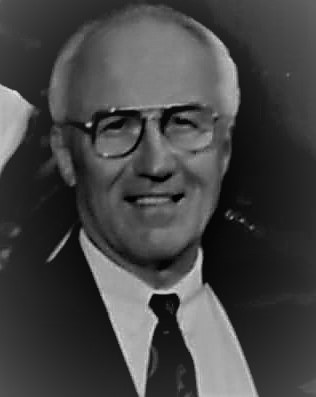 In addition to his wife, he is survived by two children, Bill Millar (and son-in-law Mark Speight) of Taos, NM and Alex Millar of New York, NY; and four grandchildren, Andrew, Madeline, Sophie and Max. He was preceded in death by a daughter, Lee Ann Marshall, on September 21, 2017.

Craig graduated as valedictorian from his 4-person class at Webster High School in Webster, ND, and then joined the US Army and served during the Korean War. Thereafter, he earned his BS, ME, and Ed.D. in Counselor Education (including a sabbatical at Cal-Berkeley) from the University of North Dakota (UND). Craig worked as the Director of the Student Union and Activities at UND from 1960-1968 and created a program he was particularly proud of named Upward Bound, which was designed to provide guidance and counseling primarily for Native American students. From 1968 to 1972, Craig was an Assoc Dean of Student Life and Activities at the University of Rochester. Craig, Maxine and their children then moved to State College in 1972, when Craig took a job In Student Affairs/Student Services at Penn State University, culminating in his Old Main role as Assoc VP of Student Affairs, which he held until his partial retirement in the early 2000's.

Craig was known as a forceful advocate for, and a true friend to so many, students at PSU and continued to teach leadership classes in the Education and Engineering Departments; later earning an Emeritus title at PSU. During his years at PSU, he supported and managed a variety of Student Affairs areas: including, Residential Life, International Student Affairs, Religious Affairs, Student Services, Women Students, Counseling/Psychology services, HR, Career Development/Placement, and the University Health Services; also serving as an advisor to the PSU Student Advisory Board. Craig also served as committee chair for several major projects near the end of his time at PSU, including the redevelopment and construction of the HUB-Robeson Center and the Pasquerilla Spiritual Center.

Craig served as a committee member for a number of PSU committees (including Fulbright and Rhodes Scholars, and Faculty/Student chairman); Craig was also a member of a number of professional and community service organizations (including Skull and Bones, and later a Board Member/volunteer at the State College Food Bank).

From his early years, Craig had a wanderlust, packing the family into the car as often as possible to go camp, hike, ski, visit family, beaches, and national and state parks. He'd visited all 50 states fairly early in life and later traveled all over the world with Maxine, friends, and family. He was a regular PSU handball player, picked up mountaineering (he'd regularly be seen training up and down Tussey Mountain with a weight-filled backpack), as well as long distance camping/hiking, and even big bike tours well into his eighties. Craig's infectious spirit, storytelling (and listening) skills are something every person he encountered will forever miss.

A memorial service will be held at 1:00 pm on Saturday, December 4, 2021, at the Pasquerilla Spiritual Center on PSU's campus (parking available at Nittany Parking Deck near the Nittany Lion), with Craig's longtime friends and colleagues Tom Eakin and Tom Poole officiating. A celebration of Craig's life will be held at the American Ale House in Toftrees from 3-5:00 pm later that day.

His family asks that any memorial donations be made to the Craig and Maxine Millar Award, which honors and recognizes PSU undergrads holding a leadership position and that have made meaningful contributions to student life (https://secure.ddar.psu.edu/s/1218/2014/index.aspx?sid=1218&gid=1&pgid=658&cid=2321&dids=13982&bledit=1); or to the Our Lady of Victory Catholic School Lee A. Marshall Scholarship for children in need.

Arrangements are under the care of Koch Funeral Home, State College. An additional ceremony will be held in Webster ND. Online condolences may be entered at www.kochfuneralhome.com.

To send flowers to the family or plant a tree in memory of Andrew Millar, please visit Tribute Store
Saturday
4
December

Share Your Memory of
Andrew
Upload Your Memory View All Memories
Be the first to upload a memory!
Share A Memory
Send Flowers
Plant a Tree