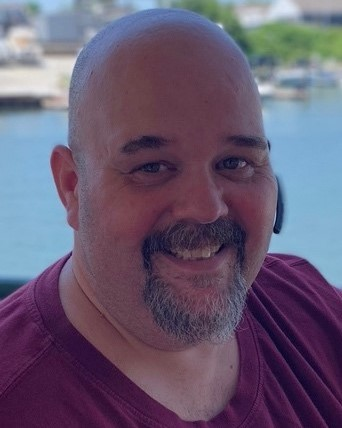 Born December 31, 1968, in Buffalo, NY, he was the son of Nicholas Prospero, Sr. of Lancaster, NY and Evelyn Joyce and her husband, Ed, of Lancaster, NY. On September 15, 2001, he married Heather Carey, who survives.

Christopher was a 1986 graduate of Lancaster High School. He then received a Bachelor's degree from Buffalo State University in Communications.

Christopher spent over thirty years in the radio world entertaining thousands of listeners. He started his career at his college radio station, WBNY-FM and from there he had several other radio endeavors such as The Fox 103.3 in Buffalo, Chris and Jim in the morning on Qwk Rock, and middays on The Bus. He was most recently employed at Forever Media as the Operations Manager and was a radio host for Big Froggy 101.1, better known as "Boss Frog".

He was a member of Good Shepherd Catholic Church. Christopher also served as the president of the Port Matilda Borough. He enjoyed fishing and was an avid Buffalo Bills and Penn State Football fan. His greatest commitment and passion was being a loving husband and father who was involved in all aspects of the lives of his family.

Funeral service will be at 11 a.m., on Friday, December 31, 2021, at the funeral home with Father Charlie Amershek officiating.

The family asks that you please respect their wish that everyone wear a mask, regardless of vaccination status.

Memorial contributions may be made to his GoFundMe page organized by a dear friend, Andy Kreiser, at https://gofund.me/6f31e56a.

To send flowers to the family or plant a tree in memory of Christopher Prospero, please visit Tribute Store
Thursday
30
December

Share Your Memory of
Christopher
Upload Your Memory View All Memories
Be the first to upload a memory!
Share A Memory
Send Flowers
Plant a Tree