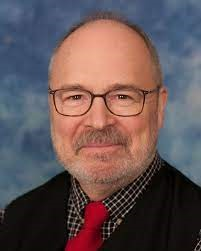 Steven Lee Herb, 69, of State College—beloved husband, father, grandfather, father-in-law, son, brother, uncle, friend, and mentor—passed away on Tuesday, Dec. 21 at Hershey Medical Center, surrounded by his family and holding the hand of his wife, Sara. He demonstrated his trademark warmth, wit, and kindness to the end, befriending and joking with his nurses and comforting his family by making them laugh through their tears.

Steven was born in 1952 in Stoney Creek Mills, Pennsylvania to the late Walter S. Herb and Barbara Homan Herb. The first grandchild in the family, Steven's arrival was the cause of great excitement, particularly by his maternal grandfather, Paul Homan, who would proudly take his new grandbaby on walks through the neighborhood to show him off to his friends. Growing up alongside his two brothers in a close-knit extended family, Steven's childhood in Stoney Creek provided the material for many of his best-loved stories, which captured the ordinary magic and everyday humor of life. His love of books and reading developed early, helped along by his third grade teacher who gave him her copy of Edward Eager's classic children's tale Half Magic, which remained a favorite his entire life, one that he was delighted to share with his daughters and granddaughter many years later.

Steven was the first in his family to attend college, earning a B.S. in Special Education from Penn State University in 1974. It was during this time at Penn State where Steven met his future wife. After getting an assignment to observe a special education class at the Campus School, Steven walked into the classroom closest to the front door and was immediately captivated by the lovely and engaging teacher leading the class inside. He asked around, found out her name was Sara, and made it his mission to meet her as soon as possible. In Sara he not only met his partner for life, but also her daughter Annie, who became his daughter for life too. Steven and Sara were married in 1978, and Maggie was born in 1979, making their family of four complete.

Steven went on to earn an MS in Library Science from Clarion University. He then worked as a children's librarian at the Washington County Free Library in Hagerstown, MD and later spent more than 10 years as the Coordinator of Children's Services for the Dauphin County Library System in Harrisburg, PA, developing dynamic and innovative programming and services to support children's literacy.

He completed his Ph.D. in Early Childhood and Literacy Education at Penn State in 1987, and was honored to return to his alma mater in 1992, where he became Head of the Education and Behavioral Sciences Library. In addition, he was later named affiliate Professor of Language and Literacy Education, and in 2000 became the founding director of the Pennsylvania Center for the Book, an affiliate of the Library of Congress that provides resources, programs and new initiatives to study, honor, celebrate, and promote books, reading, libraries, and literacy in Pennsylvania. During his years as director, he initiated several national awards, including the Lee Bennett Hopkins Poetry Award, the Lynd Ward Graphic Novel Prize, and the Baker's Dozen Thirteen Best Picture Books for family literacy. He also directed the genesis and expansion of the online Literary and Cultural Heritage Maps of Pennsylvania, a project which received the Boorstin Award for Creative Initiatives from the Library of Congress. In 2007, Steven was appointed Follett Chair and Visiting Professor in the Graduate School of Library and Information Science at Dominican University. This position, reserved for professors who already were known in the field for distinguished research, was one of only four endowed chairs in library schools at the time of his appointment. By the time he retired in 2017, Steven had received numerous professional awards and accolades, though he was particularly proud of being named "Most Innovative Teacher" by Penn State's Schreyer Institute for Innovation in Learning.

Steven was a dedicated leader in the American Library Association for more than 35 years, holding many leadership roles within the organization, including serving as President of the Association for Library Service to Children (ALSC), serving on the Newbery Awards Committee, and serving as chair of the Caldecott Awards Committee in 2012. In 2018, he received the Distinguished Service Award from ALSC, a prestigious award that honors an individual who has made significant contributions to library service to children.

Most importantly, though, Steven was a storyteller and writer, with a sharp wit and a knack for capturing everyday life in all its humor, absurdity and joy; a generous colleague, mentor, and teacher; a caring friend and neighbor; a devoted son, brother and uncle; a father who would always be there to catch his daughter when she jumped off a picnic table into his arms or who would drop everything, get in the car, and drive 100 miles if she called him in tears; a husband who convinced a construction worker to look the other way while he stole a doorknob from the classroom where he first saw Sara, then commissioned a woodworking artist to fashion it into a hat rack that he gave her as an anniversary gift; and a man whose spirit will forever live on in the lives of those he has touched through the stories they will remember and tell about him.

Arrangements are under the care of Koch Funeral home, State College. Online condolences may be made by visiting www.kochfuneralhome.com

Share Your Memory of
Steven
Upload Your Memory View All Memories
Be the first to upload a memory!
Share A Memory