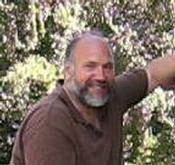 Paul Moses, 53, of State College, died unexpectedly at his home on December 12, 2011. He was the son of Samuel A Moses and Mildred McIlrath Moses, both deceased. Born on May 30, 1958, in Altoona, Paul grew up in Hollidaysburg and graduated from Hollidaysburg Area High School in 1976. Paul was an exceptional student who excelled at academics, and was particularly talented in science and mathematics. Paul began studying math and foreign languages at Penn State's Altoona campus while still in high school, and continued his education at Penn State after graduating. He earned his B.A. in Mathematics minoring in Physics and an M.A. in Applied Mathematics. He was a research engineer at the Penn State Materials Research Institute where he developed specialized measurement systems and software. Paul's innovative measurement techniques were routinely used by students, faculty and visiting scientists to understand the fundamental electrical and electromechanical behavior of materials. This work contributed greatly to Penn State international leadership in the field of ferroelectrics. Paul's systems were sought after around the world; he was a visiting researcher at Ecole Polytechnique de Lausanne, Switzerland and Xian Jaiotong University, China. In addition, the experimental methods that Paul developed have been adopted by companies and several universities, including The University of Texas at San Antonio, Georgia Institute of Technology, and Virginia Polytechnic Institute. Paul applied his talents at engineering to his hobbies as well as his work. He was well-known among friends for "Paulizing" vehicles and consumer electronics, rebuilding them to his particular requirements. He owned five motorcycles, three of which supplied parts for the customized Honda Goldwing and Kawasaki ZX-11 he enjoyed riding. He recently purchased a 1993 Porsche he was updating and making more fuel efficient. While he loved tinkering with cars and motorcycles, he preferred driving his Honda Insight hybrid for its fuel efficiency, and rode his bicycle as much as possible to limit fuel consumption and carbon emissions. He was an active leader in many humanitarian and environmental causes, including supporting the peace movement in the US and religious freedom in Tibet. He gave generously in both time and money to organizations such as the Campaign for Free Tibet and the Environmental Defense Fund. A memorial service will be held on January 17th at 2:00 PM in Room 189 of the Materials Research Lab building on the Penn State campus. Online condolences may be made at www.kochfuneralhome.com.
To send flowers to the family or plant a tree in memory of Paul Moses, please visit Tribute Store

A Memorial Tree was planted for Paul
We are deeply sorry for your loss ~ the staff at Koch Funeral Home
Join in honoring their life - plant a memorial tree
Services for Paul Moses
There are no events scheduled. You can still show your support by sending flowers directly to the family, or planting a memorial tree in memory of Paul Moses.
Visit the Tribute Store
Print
Share A Memory
Send Flowers
Plant a Tree